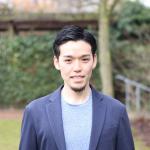 Social capital is at risk in the new world of work

A recent survey of 2,400 UK and US workers found that of those who claim to have become more productive since the switch to remote working, three quarters already know at least half of their company. This suggests that many of us were trading on existing relationships during lockdown to survive what has been described as the world’s largest remote working experiment.

Organisations looking to capitalise on the remote working boom will need to weigh their employees’ happiness at new-found flexibility against productivity. Leaders will also need to find ways to ensure a cohesive and productive culture once the economy starts to recover and people start moving jobs again. Whether in the future we will be meeting our new colleagues over Zoom and chatting to them on messenger or via a hybrid of in-person and remote channels is currently unclear. What is clear, however, is that a more radical approach to integrating staff will be needed.

To define this new approach, it is important to understand ‘social capital’, or the value that results from trust and connections that have been cultivated between individuals in networks at any level. According to the World Bank, social capital can be built at many levels: countries, societies, companies, or people.

The concept of social capital is not new; its intellectual history can be traced back to the eighteenth and nineteenth centuries. However, in recent times businesses have increasingly come to appreciate its value to their organisations.

In an office environment, where people occupy the same physical space, social capital is often generated automatically through a series of small, almost incidental moments that build trust, goodwill and understanding. Whether these moments consist of a simple greeting or something more meaningful, such as a personal conversation, the common theme is that they seem to happen organically.

With remote working, however, social capital can decay over time without in-person interactions. This is because it is much more difficult to create an environment where these ‘happy accidents’ occur – although it isn’t impossible.

Building the new system of work

In order to build these solid foundations and networks among remote and hybrid workforces, we first need to isolate what it is about these networks that motivates our teams and how they are generated within the workplace.

This means building and understanding the new system of work from the ground up. Remote working isn’t simply a new process in a wider system, it is the new system. As Donald Rumsfeld famously said, there are known knowns and known unknowns, and also unknown unknowns that need to be considered and tested in order to build your new culture. This won’t happen overnight.

Involving employees in this process will be key. For example, in a recent survey of remote office workers, Unipos found that a quarter of employees reported a fall in their productivity, with 47% attributing it to communication difficulties. The survey also found that creativity was suffering, with 45% of workers saying they missed being able to share ideas and feedback with co-workers.

Feedback like this is vital to implementing new processes that will work within the new system. We all instinctively know, for example that people like to share ideas and chat socially about their interests and day-to-day lives. But what about those behaviours that are vital to good mental health and wellbeing, but that we don’t necessarily encourage, such as complaining about a situation, client or customer? Seemingly negative interactions can actually be hugely beneficial to relieving stress and building bonds of trust, if conducted within a supportive and positive environment.

Bringing it all together

Once you have a better understanding of what makes your workforce ‘tick’, you will be in a better position to replicate it, or at least something close to it, in different environments. There are many technologies and platforms available for companies wishing to build virtual networks, feedback mechanisms and engagement between their employees, but these are of only limited use if business and HR leaders haven’t first done their homework.

By identifying the source of your organisation’s social capital, you will soon be able to see where and how it is being depleted. As any good start-up knows, the ‘burn rate’ of capital is a key indicator of financial health, and social capital is no different.