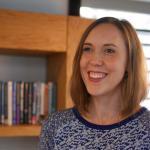 Return to work stalled for many

Despite the social side of life returning to a semblance of normality, the latest findings from our weekly Covid-19 tracker reveals that many people’s work life remains in lockdown.

Th research reveals that the proportion of people planning on continuing to work from home for the next month remains consistent at 53 per cent. Irrespective of recent Government encouragement to return to usual places of work where possible, the percentage of people planning to stay working from home has fluctuated between 51 and 53% for the last five weeks.

We believe that a reluctance to take public transport is likely to be a significant factor preventing people from resuming their commute into work; only 21% say they would feel comfortable using public transport if asked to do so today.

Moreover, an increasing recognition that many jobs can be done online, as reflected in the growing concern around the idea that technology may indefinitely replace in-person interactions. Half of people say that they are at least ‘fairly worried’ about this suggesting that this change in work habits could be more long term than initially thought.

These findings highlight the continued importance for employers to communicate with their remote workers. There are clear anxieties and despite assurances people are still reluctant and nervous to return to the workplace. It is critical as we move forward that organisations focus on demonstrating their commitment to safeguarding their employees as a way to allay fears and build a strong culture for the new normal.

The research was carried out in July 2020