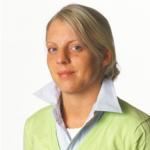 Competition for technology talent is incredibly fierce. That's why tech company founders, like Nick Robertson of ASOS, Tom Chapman of Matches and Lawrence Jones of UKFast, have implemented schemes that enable them to stay ahead of the pack – and attract and retain the best creative and technology talent.

While tech giants such as Apple and Google are well known for thinking innovatively when it comes to creating programmes that attract and retain the very best talent, there are lots of other tech companies that think just as hard about how they embed corporate and social responsibility into their businesses and take just as much care of their employees.

Manchester-based hosting provider UKFast recognises this, which is one of the reasons it puts community engagement and CSR at the heart of the company. Founded by Lawrence Jones in 1999, the company operates computer coding clubs and workshops for 57,000 children in 60 local schools, and employees are actively encouraged to play a role in this outreach activity and volunteer their time. These schemes have been so successful that the company is also about to launch its own free school.

When it comes to in-work benefits, the company campus has an on-site gym and steam room and there is a yearly music festival for employees organised by the company. When staff told the management team that 6pm was too late to finish work, UKFast cut working hours across the board. UKFast is an inspiring example of a business that not only listens to its employees but takes action to deliver on what they hear.

Today's workers often have to deal with demanding, long working hours and an always-on mentality. It's not unusual to find people checking their emails as soon as their wake up in the morning and doing so again just before they go to bed.

If these habits are not properly controlled, they can quickly lead to burn out. That is one of the reasons that SAP takes wellness so seriously, offering its employees a dizzying array of well-being programmes. The company has flexible working hours, outstanding maternity and paternity benefits, and healthcare plans. But interestingly, it also focuses on psychological well-being with its own mindfulness training programme called Search Inside Yourself.

If that isn’t enough, SAP has also developed a unique Social Sabbatical programme, which allows employees to take four-week breaks to develop themselves and support others through pro-bono work with NGOs and social-impact organisations in emerging nations around the world. As SAP CEO Bill McDermott says: “SAP has embraced the view that training workers for a digital economy is our corporate responsibility.”

Just like UKFast and SAP, MATCHESFASHION.COM has taken steps to ensure that its staff and employees feel appreciated and find meaning both in the company and in their work. Founded by Tom and Ruth Chapman, the company uses unconventional job titles – like changing software developers’ job titles to ‘Craftsmen’ – to instil a sense of purpose and meaning in their work. Tom Chapman has said that “this is a way of acknowledging that technology is not about just facilitating, but creating”.

The luxury-fashion retailer has also put environmental sustainability and well-being at the centre of the company, publishing a public pledge to not only aim for zero waste, prevent pollution and contribute to the transition to a low-carbon economy, but also put “employee welfare” at the centre of the company. These types of public pledges are a strong, public signal that employees are valued, and the company is taking their contribution to the world seriously.

Softwire is a business that revolves around its employees. Driven by its inspiring Managing Director Zoe Cunningham, the company attracts more top graduates than any other business of the same size. Softwire has a buddy system for new recruits which must contribute to its astonishing year-on-year retention rates of 90%.

When surveyed, 89% of employees said that they believe the business is not driven solely by profit or budget concerns. This attitude is telling in an age where millennial employees in particular are looking for more meaningful work. In fact, a recent US study found that, on average, employees believe work is half as meaningful as it could be. Softwire appears to have found a solution.

Finally, last year, online-fashion giant ASOS, founded by Nick Robertson, was ranked the best place to work on LinkedIn. This may come as a surprise to some because fast-fashion retail hasn’t had the best media coverage over the last few years. But one look at their commitment to corporate and social responsibility shows you exactly why they’re so highly ranked by their employees.

Where ASOS stands out is their approach to involving employees in the community and in charitable giving. Their programmes include ASOS Active, which organises sporting events to raise money for charity and its 'Give A Day Away' and 'Give A Week Away' programmes, both of which encourage volunteering, often overseas.

In an era where employees are looking for more than just a job, these tech companies are demonstrating that it pays to put resources into inspiring and motivating your employees.

I am founder of Derigo Solutions (www.derigosolutions.com), a consultancy that provides HR and workforce advice to private and family-owned businesses.