Despite the economic carnage wrought by the pandemic, 2021 will see the ‘war for talent’ re-emerge, according to senior HR professionals.  Randstad Risesmart UK polled 85 HRDs from organisations employing approximately 50,000 people in total to establish their views on talent in the wake of Covid-19.  Only one in fifty (2 per cent) of those polled said they thought the war for talent was over or “that it’s going to be easier to find and retain talent in 2021”.  Almost two-thirds (65 per cent) reported that “organisations will need the best people on board to help them rebuild” following the pandemic.  A further third (33 per cent) said they thought the demand for top talent would remain unchanged.

People expected the pandemic and its economic aftermath would mean the war for talent was over.  It’s not.  The war for talent is a critical driver of performance - competitive advantage comes from having better talent.   Organisations need talent whether the economy is burning white hot or being challenged by global disruptors like the pandemic and A-players are needed to chart the course and rebuild their organisation’s fortune.  With hiring freezes in place, it’s tricky to attract new A-players.  Organisations that want to succeed in this new environment will need to harness their key talent even if they’re right-sizing, rather than recruiting.

The ‘war for talent’ refers to an increasingly competitive landscape for the recruitment and retention of talented employees.  The phrase was coined by Steven Hankin of McKinsey & Company in 1997.  A book, The War for Talent, by Ed Michaels, Helen Handfield-Jones, and Beth Axelrod, was published in 2001. The book defines managerial talent as “some combination of a sharp strategic mind, leadership ability, emotional maturity, communications skills, the ability to attract and inspire other talented people, entrepreneurial instincts, functional skills, and the ability to deliver results.

According to the ONS, between October and December 2020 there were only 500,000 job vacancies in the UK.  In the previous three years, on average, there were 730,000 job vacancies open over the same period.  The current state of the jobs market means HR leaders will find it difficult to improve their talent pool via traditional levers such as recruitment.  However, career development and redeployment schemes can help employers retain their competitive edge - even during hiring freezes and restructurings and can make all the difference to an organisation’s pool of A-player talent. 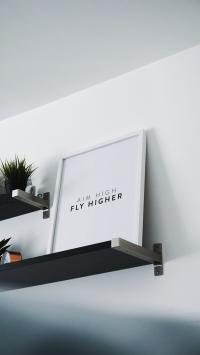 While we know that better talent leads to better performance, many British companies are missing this opportunity because too often, the C-suite only prioritises talent management when there’s hiring to be done, bonuses to award or promotions to dish out.  But it’s possible to get on the front foot with managing talent even when you’re making redundancies.  Winning the war for leadership talent is about much more than frenzied recruitment.  It’s also about the timeless principles of developing and retaining highly talented people.  When entire divisions of businesses are being totally shut down, employers need to focus on finding a new home for the A-players affected.  Organisations can use career development and redeployment programmes to open up career paths for A-players - and improve their motivation to stay.  If they've just seen the area in which they had planned to develop their career get shut down, they'll be inclined to leave - because they know they're extremely employable.  Organisations need to motivate and engage A-players by sharing how business change will necessitate the setting of new company goals and in turn new stretch assignments and job opportunities. They need to communicate regularly about where and how careers can still thrive and give people the resources and tools they need to develop.  If employers don't do that, they’ll lose the war for talent by haemorrhaging A-players to their competitors.

Redeployed individuals already fit into, or are well-acquainted with, the corporate culture and can help organisations retain institutional knowledge.  When the best firms redeploy their best talent - rather than make an employee redundant from a no longer viable role and fill a different vacancy via an external hire - they can reduce the time it takes to get that employee up to speed by 75%.  Employers need talent in roles that require skills and experience primarily driven by a candidate’s ability to learn, collaborate, and relate to the organisation’s purpose.  If an organisation can fill vacancies in-house, it will not have to focus on the tricky task of ensuring new recruits are aligned with its goals and purpose.  With on demand career development available and the right redeployment strategy, employers can also stop those internal and external stakeholder relationships and intellectual property knowledge walking out of the door.  Redeploying talent also saves on training external hires on internal process training, and recruitment costs.

Simon Lyle is the UK managing director of Randstad RiseSmart, the areer transition services provider.  He specialises in helping organisations implement outplacement, career development and redeployment programmes.  He is passionate about career transition and talent mobility and the impact they can have on individual and organisational success...