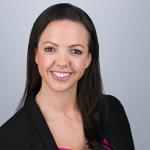 Why is reporting on gender pay gaps so difficult?

Unless you have been hiding under a rock this last year, you will be well aware that the UK government introduced the Equality Act 2010 Regulations 2017, more commonly known as the Gender Pay Gap Regulations. This states that all private sector and voluntary companies with over 250 employees need to publish details of their gender pay gap by 4 April 2018.

With less than four weeks to go until the deadline, more than 7,000 companies still haven’t published their statistics - that's less than 10% of those who are legally required to do so.

So why are so many organisations sailing so close to the wind?

Speaking on the Today programme, Carolyn Fairbairn, Director General of the CBI admitted that this lack of response is, in part, due to the difficulty organisations have in getting hold of this information internally, saying:

I don't see a reluctance... this is genuinely quite difficult data to find; it is often sitting on different systems and firms are working very hard towards that deadline.”

As an HR tech consultant I am, as you might expect, extremely passionate about the way in which the right HR technology can solve most HR data-collection issues; but even I will admit that reporting on gender pay gaps can be a lot more complicated that you initially think.

HRIS vendors have worked hard (and are still working) to incorporate gender pay gap reports into their systems (GapSquare in particular have specialised in this area) but there are still plenty of challenges to be had...

Why is reporting on your gender pay gap so difficult?

The first challenge is working out how to extract the essential information required. Most employee data relating to contracts or working hours is held within an HR system, whilst pay information tends to be within in a payroll system.

Unless a business has an integrated HR and payroll system, it is very difficult to pull together an instant report without some manipulation. And without the in-house skills to do this, or the help of a dedicated project manager, many organisations simply 'do nothing'.

Data analytics software can make it easier to pull the required information together into a relevant dashboard. We'd recommend that organisations look to invest in this type of software, not only will it help with annual gender pay gap reporting, but it will allow businesses to continually track data throughout the year, not just each April deadline.

Secondly, HR teams will need to establish a full list of employees, identifying:

1) which employees are relevant for reporting, and

At first glance, this may seem like a simple task, but it can get complicated when you consider that some employees won't have received their full pay during the relevant period. These include employees on maternity, paternity or sick pay, who will need to be removed from the calculations, as well as those on flexible working arrangements whose hours will need re-attributed.

Some HR systems will allow you to easily filter your data and run accurate reports, taking these considerations into account, however organisations still using spreadsheets and filing systems will find inevitably find this much trickier!

Break down by gender

In addition to compiling a list of relevant employees, you will need to break this down into males and females. If you are using an HR system to establish your list, this will be easily managed but if not, this will undoubtedly be a time-consuming task.

Finally, gender pay gap reporting doesn't just look at basic salaries but also takes bonuses into consideration. This is another area which may cause issues for HR managers compiling their gender pay gap report as we know from our experience that the vast majority of companies do not keep bonus information within their HR system – this data is usually kept in secure spreadsheets and then put through payroll systems manually.

With only 23% of Board Seats in UK listed companies held by women, it is clear why gender pay gap reports are necessary. It will be interesting to see the black and white data as we move closer towards the April deadline and more reports become publicly available.

Once their reports are complete, I believe that companies will need to work quickly to address any clear gender pay gaps. Going forward, they will also have to be clearer and more transparent about why any pay gaps have occurred.

Media reporting of gender pay gaps already published has been fairly critical (the BBC in particular were faced with accusations of a lack of transparency) and it is clear that those who are open and honest about the reasons for pay gaps are receiving more balanced reporting.

One company we should all take note of, is TSB. Although they have a mean gender pay gap of 31%, they are taking clear steps to learn not only why this has happened, but what they can do about it.

Within their published report “Gender Balance Matters”, Helen Rose, the Chief Operating Officer makes it clear that companies must not only act on the reasons for gender pay gaps, but that they should be held accountable for the progress they are making to address these gaps. By doing this, Ms Rose believes that “businesses will accelerate the pace of change and truly start to reflect society”.

Something I wholeheartedly agree with.

Helen Armstrong is Managing Director of Silver Cloud HR. As a predominantly female-led company, we are incredibly proud of the hard work undertaken by every single one of our employees. We’ve had many discussions about the importance of gender pay gap reporting, and would love to know what you think.

Experienced in a range of HR and Payroll systems, including CoreHR, SelectHR, iTrent, SAP, ADP, Peoplesoft and Workday, we will...