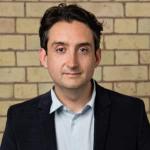 Any successful leader should have the courage of his or her convictions. The burden of being the final decision maker is a heavy one, and indecisiveness at the top breeds a lack of confidence further down the ranks.

That being said, you’ll not have to look far to find someone with a story of a previous boss who was, in their own mind at least, ‘always right’. The line between confidence in one’s abilities and outright arrogance is a fine one, and leaders must tread it carefully.

If a leader becomes known for not accepting criticism, denouncing any opinion different to their own as ‘fake news’, they’ll foster an environment where parallel truths exist – the ‘official’ truth of the CEO, and the truth that exists between colleagues and is shared in corridors and private messages.

Intelligent, capable employees, who may have well-thought out objections to the CEO’s decisions will inevitably remain silent, too afraid to rock the boat and risk scuppering their own future prospects by raising the CEO’s ire.

I have seen the aftermath of this as a leadership consultant on a number of occasions, where the uncomfortable truth came to the surface all too late and with cataclysmic results.

So, this is a very dangerous situation for a business to be in, and one which the HR Director has a pivotal role in preventing.

The CEO state of mind

In my professional experience there are a few common reasons why a CEO can slip from confident leader to one with narrowed acceptance of the truths around them.

CEOs, particularly those found within public companies, have no direct boss in a daily capacity. They may ultimately answer to investors and the board, but these people aren’t attending staff meetings or providing input or feedback on a CEO’s behaviour.

We must also consider the pressure CEOs are under – with ultimate responsibility for the success and failure of the business resting with them and with no one senior to them, many top leaders can find themselves isolated, with no one to turn to when the chips are down.

In turbulent, pressure-filled times, it’s human nature to look inwards, accept their own sense of reality and plough on to see themselves through to the other side unscathed.

There has also been plenty of academic research into the idea that power lowers a person’s capability for empathy.

Dacher Keltner, a social psychologist at University of California, Berkeley, for example, has conducted empirical studies showing that people with power can suffer deficits in empathy, the ability to read emotions, and the ability to adapt their behaviours to other people.

This isn’t to say that an intellectually inflexible leader is an inevitability, rather that every leader needs a good support structure around them to check their behaviours and prevent them from creating a culture where they can’t be questioned.

The H in HR Director

A dictionary definition of the role of the HR Director might include consultation on staffing plans, benefits, remuneration, training and development, payroll, and so on, but in reality the scope of the role is far broader.

The HR Director’s greater responsibility is for the stewardship of people and workplace culture, and as such they need to be clued in to how employees view their leader, and any parallel truths which may exist within the workforce. He or she must also have the resolve to share this with the CEO, even if it’s not the news that fits his or her narrowed perspective.

It’s not an easy role to fill, and one that many HR Directors might not consider within their traditional remit. However, if an HR head can encourage a CEO to make deliberate, continual self-examination of his or her conduct, and how they’re being perceived by the workforce, it will benefit both the working of the company and the role of HR itself.

While a CEO still holds ultimate responsibility for their conduct, there’s a lot the HR Director can do to help them along the path to being less rigid in their treatment of different ideas and perspectives, and to welcome the challenging voice in the room.

Firstly, they need to build a relationship with the CEO of enough trust that they can “speak truth to power”. CEOs are in my experience often bedevilled with insecurities, which fuel their ambition to reach the top. A good HRD needs to understand the CEO’s ‘hot buttons’ and defences such that he or she can know when and how to pass on difficult messages.

Secondly, they need to be a strong coach. It’s one thing to pass on a challenging point of view, it’s another to help someone else shift their own thoughts, feelings and behaviours. Especially when that person is time-poor, and experiencing the shearing effects that pressure puts on their personality.

Thirdly, the HRD needs to be sufficiently trusted by the rest of the organisation that they will get to hear the awkward truths. People have to know that they can pass information onto the HRD without fear of consequence to them personally. The HRD must be both a keeper of secrets and also a shiner of light.

Fourthly, the HR Director needs to bring these strands together so that they are less a go-between and more a facilitator of dialogue. The best HRDs are almost invisible, making small meaningful interventions that encourage openness, providing firm nudges when a CEO goes off course.

Why does this matter now?

This is not a new phenomenon. Unhealthy power dynamics are as old as humanity. Hans Christian Andersen famously told the story of “The Emperor’s New Clothes”, about a leader whose naked vanity is punctured by a child’s honesty. Ross Perot writing in 1985 to Roger Smith, the then Chairman and CEO of General Motors, put it bluntly: “You need to be aware that people are afraid of you. This stifles candid, upward communication in GM.” (Smith eventually bought Perot off the GM board for $750 million).

But in the modern business world, things are changing faster than ever, so this matters more than ever. Political uncertainty, technological disruption and shifting market dynamics mean that businesses need a greater degree of agility than ever before. As such, business leaders need to be better informed that ever before. With the HR Director’s help, the CEO can foster a culture where employees pass on the key messages they need to hear before it’s too late.

Sam is a member of the Global Leadership Team of YSC Consulting based in London. He currently heads YSC’s Europe business. Prior to this he held roles as Global Head for Client Development and Head of YSC Asia. He has a broad range of expertise as a leadership consultant, with depth of exposure across Europe and Asia. His sector experience...