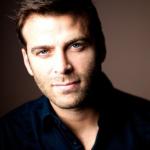 Over the last several years, co working spaces have proven a popular option for businesses looking for flexible and creative office space solutions. With co working spaces proving such a success, it was only a matter of time before governments began taking notice. Here, we take a look at some of the countries where the government is beginning to involve itself with co working, and ask whether this could be an emerging trend.

Although many governments have approved of the innovation and entrepreneurship that co working spaces engender, only a few have so far made moves towards becoming directly involved. Recently, India announced that its first ever government-owned co working space would be opening in Mangalore. The Indian government have been working closely with several of Delhi’s leading co working spaces to come up with their own design.

The government run space will offer its users state of the art services and features including 3D printing capabilities, high speed internet and cutting edge digital infrastructure. Of course, the Indian government were also attracted by the potential lucrative benefits– senior officials pointed to the huge demand for co working space in Mangalore as a crucial factor in their decision. Mangalore’s status as one of the key cities chosen to be developed as part of Prime Minster Narendra Modi’s Smart Cities Mission presumably played a part in the decision, as well.

So could this be seen as forming part of a much larger global trend towards government’s using co working spaces as a way to boost startups? India certainly aren’t the only other country to dip their toe into the co working waters. Recently the government of Indonesia partnered with private companies to launch a joint co working space in the Indonesia capital Jakarta. Meanwhile in the USA, the federal government hasn’t quite gotten on board with the co working revolution just yet, but the state government of Maine did recently pass a bill to infuse $300,000 into the Maine Coworking Development Fund.

Could this government enthusiasm for co working extend to the UK? Back in the early days of Shoreditch’s Tech City, David Cameron’s government showed their enthusiasm for the project by launching official plans to accelerate its growth. It is possible that similar moves could be made again to boost the capital’s co working spaces, especially in a post-Brexit climate where the government will be looking for ways to foster and support the UK’s entrepreneurial flair. Currently no such plans are in place, although the London Mayor’s office issued a highly positive overview of co working spaces back in 2015.

Whether the UK government becomes formally involved in the field of co working remains to be seen – but if they did, they’d be part of a clearly emerging trend. With co working spaces an increasingly popular industry, not to mention a lucrative one, government co working spaces certainly do not seem unlikely.