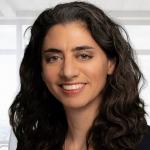 Roll up for the roll out of the settlement scheme

The Government is pleased with the operation of the first pilot phase of its settlement scheme for EU nationals and their family members. It is now moving into the next phase of expansion, partially on the basis that the scheme is working well so far. However, as is often the case regarding information about immigration policies, all is not as it seems. The Home Office pilot has not addressed significant potential issues with the scheme, including how certain applicants will demonstrate their eligibility and technological hurdles.

The Home Office proposed new immigration rules yesterday to support the next phase of the rollout of its settlement scheme for EU nationals that will be in effect during the transitional period after Brexit and before new EU national arrivals will be subject to non-preferential treatment in the UK, subject to negotiations. You can read my summary of the settlement scheme here.

The first phase of the settlement scheme pilot has been live since 28 August 2018. In this initial phase, the Home Office offered the staff of NHS trusts and the staff and students of three universities to apply for settled or pre-settled status, depending on the duration of their residence in the UK.

The Home Office considers this first phase a success. Immigration Minister Caroline Nokes wrote a letter to Yvette Cooper MP as Chair of the Home Affairs Select Committee, citing feedback from users that the system was fast and easy to use. Stokes also states that a high proportion of users were able to take advantage of automatic checks on their residence via data-sharing with HMRC.

The bluster is disingenuous where the scope of the pilot only extended to certain employees and students. The settlement scheme system is designed well for those groups and their information is easy to verify through data-sharing.

The next phase of the settlement scheme pilot will run from 1 November 2018 to 21 December 2018 and will include staff in higher education, health and social care sectors across the UK. More interestingly, it will include vulnerable people. Although the extension of the pilot to vulnerable people is only meant to test the support functions of the scheme, it might be that these vulnerable people will fall within groups who will have difficulty in demonstrating their residence and eligibility to the Home Office.

The settlement scheme is an unprecedented mandatory requirement for people who already have the right to live and work in the UK to apply for immigration status.  Millions of people will fall within its scope when it eventually fully opens on 30 March 2019. There will be a huge variety in the circumstances of applicants. The first few phases of the pilot scheme do not seem to take this into account.

I am not aware that technological hurdles, such as incompatibility of the systems with certain apple products have been resolved yet either.

The Home Office has had to revise its expectations of uptake of the settlement scheme, which is offered on a voluntary basis in the pilot phases. The Home Office originally estimated that 4,000 people would participate in the first phase. Through 8 October, it only received 650 applications. There may be many reasons for this, among them the Home Office’s own message to EU nationals and their family members that they need not apply for anything at the moment. However, the uptake figures are concerning, given that applying will soon be a requirement.