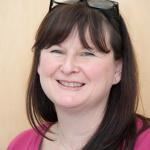 How diverse are your recruitment partners?

I don’t think it’s any stretch of the imagination to say that monitoring, encouraging, and championing ED&I in the workplace is now instinctively woven through every aspect of an HR professional’s workstreams. We know that diversity breeds innovation – and that inclusive teams outperform the competition.

Along with staff retention and talent development, recruitment is one area where we can positively and significantly influence diversity levels. However, have you ever questioned how diverse the staffing partners that you entrust with managing inclusive recruitment programmes actually are themselves?

Earlier this year, the Association of Professional Staffing Companies (APSCo), in conjunction with the Recruitment and Employment Confederation (REC), undertook a project to identify what the current make-up of the recruitment sector looked like, any discrepancies between corporate and individual views, and where diversity may be ‘lacking’.

What we found, though, was a more pressing issue: a lack of information. Demographic data isn’t being recorded by the vast majority of staffing companies.

We discovered that, although many businesses diligently record diversity data on behalf of clients, around 40% of recruitment businesses don’t actually record demographic data on their own workforce and leadership teams.

When asked why they didn’t collect this data, 38% of respondents said they considered their organisations ‘too small’, while 26% said they had never considered collecting this information. A further 6% admitted they thought the practice would be too heavy on time and resources, while 4% didn’t feel confident they had the expertise to record demographic data.

Other key findings include:

• 73% do not record staff qualifications

From the data we were able to gather, it seems the recruitment sector is fairly well balanced. We surveyed both corporate representatives and individuals working in the sector. Interestingly, there is a fairly even split between men and women at a senior level, according to the corporate survey. This suggests that development opportunities are potentially equal for both genders, though the possibility that more women simply took part in the survey could skew these results.

While both the corporate and individual surveys found that the majority of the recruitment workforce is heterosexual, more than half of businesses indicated that this information isn’t being recorded. Around a quarter (24%) of corporate respondents said that they believed all their workforce were heterosexual. However, 64% of this group admitted they did not record any sexual orientation data on their workforce. Of our individual respondents, 94% identified as heterosexual, while 4% said they were gay or lesbian.

In terms of ethnicity, both surveys indicate that the over 75% of the recruitment workforce is White British. Around half (49%) of corporate responses indicated that more than half of their workforce belongs to this group – but almost the same number (46%) admitted they do not record this information. Of the individuals surveyed, 77% answered that they were themselves White British. While this, on the surface, may suggest that the recruitment workforce may be largely representative of the UK as a whole - which is 80.5% White British - we must also take into account that professionals working in this sector are likely to be disproportionally concentrated in large towns and cities, which means that recruitment may not be as ethnically representative as it first seems.

Looking at religion, while 90% of businesses reported that they don’t record any data about the religious beliefs of their workforce, the individual responses reported the recruitment industry is made up of 47% Christian, 31% atheist, 13% agnostic and 7% spiritual. If this is accurate, it means that other religions are significantly underrepresented. But, again, gaps in our data suggest this may not be an accurate picture.

The good news is that there was general agreement across the board, from both sets of respondents, that a culture of inclusivity and diversity exists within recruitment. Both groups remained on the fence about staff having access to equality, diversity and inclusion training. This suggests that while recruitment businesses intend to create inclusive workplaces, few have implemented the training needed to turn sentiment into tangible results.

Interestingly, while the corporate respondents were undecided on whether or not the business has an active and evidenced diversity and inclusion programme, individual respondents were more positive that this was the case.

Clearly, the recruitment sector needs to do more to ensure that the diversity of its workforce is recognised and recorded – and APSCo is offering its members practical support in this area. HR teams, meanwhile, can help nudge their recruitment partners in the right direction by questioning if and how they record the demographics of their people. We know that before we can design any diversity plans for the recruitment sector, we need to get the foundations in place to accurately measure and track equality.