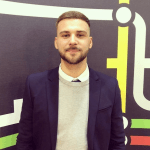 According to the authors, one reason for this is that, as an act of reciprocity, workers may be motivated to attend to the broader needs of the organisation, even if such tasks do not bring them immediate returns.

“Both economic and psychological theories have long suggested that tying employees’ pay to performance constitutes one viable way of increasing the alignment of interests between employees and their employers,” says Professor Avgoustaki.

However, the researchers found no evidence that employees perform better at incentivized tasks in the wake of obtaining incentive payments.

Previous research in the field of incentive payments shows that employees’ performance is higher under incentive plans than when they only work for hourly wages.

This is because workers are motivated to improve their productivity due to the belief that their current hard work will generate matching rewards in the future, says Professor Avgoustaki.

Prior studies suggest that because under transparent systems employees know in advance how much their effort will be worth, the reward they receive should not be a surprise and therefore should not result in a temporary increase in performance.

But Professor Avgoustaki’s research finds that such a temporary increase in performance does occur following the receipt of incentive payment.

She believes that understanding how employee performance fluctuates in response to incentive payments is useful for employers who want to maintain a consistent level of motivation in their workforce.

They can use this information to determine the best timing for alternative motivators, such as informal feedback or commitment-building activities, during the trough after an employee receives a periodic incentive payment, she says.