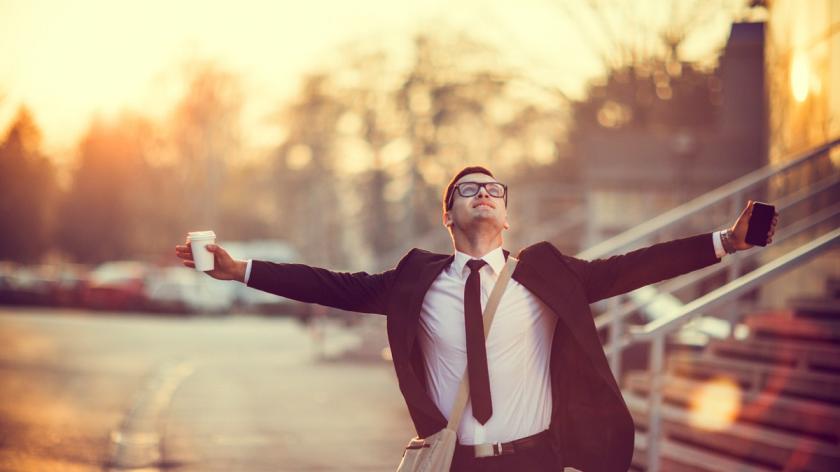 Would you have more freedom at work if you weren’t afraid?

I’ve been around the world of work for a long time - over 30 years now. One thing I’ve come to realise, is that whilst I have mostly operated within rules-based systems, I’ve always wanted to be more free​.

Free as in not wasting time, but free to follow the passions my work has ignited in me.

Free to explore the future that the work I was involved in could lead to for me and those impacted by my work. Free to experiment and find better ways to be more fulfilled by work that is more imaginative, creative and purposeful than the bureaucratic mandate I was given.

There are times though, when I’ve held back from the pursuit of that freedom because I was afraid. Afraid to speak out, take a risk, let people down.

So there have been many times that I’ve been afraid and even overly dutiful, and that’s sometimes held me back and maybe prevented the right outcome from happening.

Here’s what I mean. When I worked in civil justice, I had to liaise with the welfare service over the rights and needs of children involved in complex divorce or custody situations. When I started working in that world I saw a baffling array of bureaucracy, delays, maladministration and systemic failures.

I was part of something that wasn’t serving those in most need well - at all. So I took it upon myself to build more bridges, get to know the people and the work involved in this area and learn more to do better.

I felt the need to free myself from the “I am the job” mindset to become “I am responsible, accountable and I care” mindset. I found in that freedom more sense of purpose, belonging and satisfaction than I’d ever felt about my work. It mattered.

So this was the epoch for me in being free.

After that I may have been labelled a rebel, an alternative thinker or even a well-meaning partisan, I found freedom when I wasn’t afraid to act.

It was such continued attempts at freedom that led to me researching freer ways of organising the way work was done. It led to me creating a socialised construct to a team around 2009 and researching the likes of Ricardo Semler, Gary Hamel and Doug Kirkpatrick.

I had some hits and some misses and yet I revelled in the freedom to explore. My ultimate need for freedom hit in 2012 when I “broke” my own job so that I left and became totally free. Freelance; self-employed; untethered.

I found freedom also in enterprise though. In 2012, just before I left the corporate mothership, I found WorldBlu. A place where people who were operating in democratic, unorthodox ways gathered.

Where people I’d heard of like WD-40, Zappos and Glassdoor came to belong with other like-minded organisations. I found my fellow positive deviants.

As time went on, my fascination with free continued and I explored more case studies and more of WorldBlu’s work. I introduced people to WorldBlu, I supported WorldBlu thoughts and research and eventually went to spend time in the USA with WorldBlu founder Traci Fenton and a new array of unorthodox pioneers in freedom like Rich Sheridan of Menlo Innovations; Linda Barnes of Geonetric; Matt Perez of Nearsoft; Matthew Gonnering of Widen; Michael Tuteur of Votenet and Carrie Brandes (then of Ubiquity) of Red Bubble.

I found the most belonging sense I’ve ever experienced. People who, like me, believed in freedom as a first principle in work. And they happened to run long-term thriving businesses of it too.

The problem with freedom at work...

I might be projecting my own views on the world here but I’m yet to find anyone who LOVES oppressive, inconsiderate, micro-management. Yet many people I know put up with this daily. Industry was built on making and machines. Our work was therefore machine like.

Industry is shifting towards knowledge and creativity yet our orthodoxies are still machine like. And we wonder why we’re jarring with the fusion of these two indistinct styles.

We need freedom to reimagine work and that’s what WorldBlu companies are doing. Restoring the humanity and sanctuary that work brings. It’s not that you ARE your job, it’s more that your meaning and purpose BECOME your work.

With this in mind, I’m delighted to be part of the next stage of the journey towards becoming with the advent of WorldBlu coming to London with the Power Question for Workplace Transformation on 7 April. Discover how you can be the best you can be through overcoming fear in your work and transforming your workplace with freedom.