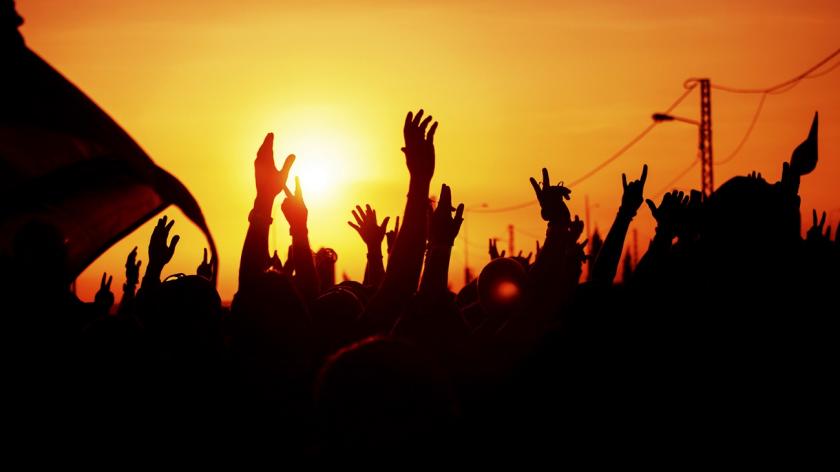 Within the space of about a month, we saw two events that we might have liked and loathed in equal measure: the launch of Facebook at Work (Workspace) and the US Presidential election.

One offered to open up a channel at work to share and collaborate and be open about company matters; the other offered reality TV as, well, a political reality.

Let’s start with why companies even WANT organisational democracy if the outcome is a divisive, unsettling vision of the future.

Organisational democracy has been defined by leading authorities in this area WorldBlu (www.worldblu.com) as

“Organizational democracy is a system of organization that is based on freedom, instead of fear and control. It's a way of designing organizations to amplify the possibilities of human potential — and the organization as a whole.

The concept of democracy comes from the Greek words "demos" and "kratein" which mean "the people rule".

So it’s not about voting per se (although some CEOs put themselves up for re-election) but it is about working in a workplace free from fear, that is open and participative, where you can influence and shape outcomes with the people, customers and ultimately the company’s interests in mind.

A social media platform used inside a company (often called an Enterprise Social Network or ESN), allows for the voice of anyone connected to be heard without fear of retribution, to gather support to change something, to challenge and stimulate open discussions amongst colleagues.

Wouldn’t people just do what we’d seen on social media platforms and unfriend people who followed a political figure?

Wouldn’t there be splits and spats and insults hurled online at people because of something they expressed on a social network?

My experience of ESNs isn’t that they become the trolling, unfriendly zones of angry exchanges. Far from it.

They provide a place where people can avoid merely sharing with their immediate teams around them or clogging up the inboxes more.  Activism on an ESN means you can connect to, share with and learn from colleagues in different departments and disciplines; different geographies and working routines; different levels and responsibilities across the company.

ESNs provide the opportunity to socialise, energise and capitalise on innovation within a company.

So the all-important underwriter in an insurer can become an online superstar for sharing her insight on obscure legislation that helps niche client claims.

A seriously talented designer can get critical and useful feedback from people he’s never met by crowd sourcing a User Interface concept.

A struggling leader can get some support from peers and experienced hands in how to tackle an interpersonal issue with a supplier.

ESNs though also provide the opportunity to socialise, energise and capitalise on innovation within a company.

In a former corporate role, I worked with a colleague in the research field and he suggested – and then we built and launched – an Ideas Wiki.

We had SUCH a bureaucratic staff suggestion scheme before this, that ANYTHING was better than the Word form from hell and painful administration that supported it.

So we put ALL staff ideas to improve the company in one or more areas, open to all-staff scrutiny on this platform.

And this was in 2010 when social networks were still new to many companies.

On the wiki, you’d post an idea: what the issue was, how it would be implemented, who it impacted upon, and what the expected outcome was.

If an idea was good it got traction and support from others. It may be challenged, adapted, suggestions to enhance it BUT it got people’s attention.

If an idea wasn’t so good two things happened: people questioned it and it was withdrawn as unfeasible or no-one supported it so it withered away.

A social media platform used inside a company allows for the voice of anyone connected to be heard without fear of retribution.

Good ideas in this scheme were implementable by the time the official “internal innovation” Senior Responsible Owners (SROs) got a hold on it.

Not so good ideas didn’t even make it to the SROs’ attention saving them valuable “rejection response” administration.

So, if ONLY for this reason, a socialised way of innovation, creativity and ideas should be let loose in your organisation.

Maybe Facebook’s Workspace might not be the most cost or functionally-feasible platform to create this.

It could be on your socialised intranet, your workflow or CRM management system or on Slack or Microsoft’s new Teams platform.

Wherever it is, as long as it’s open to all; people can comment, shape, endorse, challenge or ignore and someone can harvest and make actionable that idea, you could see innovation fly and literally energise your people and your organisation into a more effective future.

Why then stop at innovation?

Once you’ve created that element, then company-wide decisions could be crowd-sourced.

Pioneering self-organised nursing organisation Buurtzorg use their own self-built social network to do exactly that.

CEO Jos de Blok would write a short blog post on say, company overtime payments, and put it to the nurses to build on, knock down or create the best version thereof. And it works.

Ubiquity, a US pensions provider, socialises their bonus and reward schemes for people to nominate colleagues for outstanding support or achievements and there is a totting up of points allocated via a socialised platform and collated to form the basis of the bonus awards.

Social networks (or in this case ESNs) don’t have to be like their external versions.

They can become safe places to practice inclusion, influence and innovation.

An internal social media post is for greater good, not just a good old gloat.