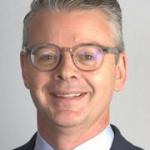 How to end workplace loneliness

Remote and hybrid workers are sinking into a state of disconnection and loneliness, according to new reports. While employees will talk about ill health and not sleeping, few want to talk about ‘being lonely’.

A new report by Buffer (State of Remote Work 2022) has found that more remote and hybrid workers are struggling with loneliness — up to 24% from 20% in 2020. Working conditions aren’t getting any easier, there’s no signs of a ‘settling in’ to new ways of working and a balance between isolation and workplace community.

The report also found that 52% of employees globally feel less connected to their co-workers since they moved to remote working. Work routines in themselves have become more formal ‘transactional’ with no space for ad hoc social contact and gatherings which provided more human ‘breathing spaces’ throughout the day.

The problem of how to better support staff and create a more sociable and connected hybrid environment is one for employers: a survey by workplace tech firm Silicon Reef claims that 73% of UK remote workers believe their employer should be doing more to deal with the issue of staff loneliness.

Can there be such things as remote work friendships? Many lasting friendships have been made from staff coming together to gossip, laugh — and moan — in the corridors and break rooms. But there are fears that the new world of hybrid working means stunted social lives. And there are practical consequences for these kinds of feelings among staff: research has shown that loneliness in the workplace can lead to an increase of absenteeism by nearly 37%, and a 16% decrease in profitability with a 65% decrease in share price over time.

Employers have been finding new ways to encourage socialising, even if it means sticking to Zoom or Teams. Trayport, an energy trading software firm, won the 2021 Employee Benefits award for supporting employees during the pandemic. The response of HR included a ‘working from home doesn’t mean working alone’ wellbeing campaign. Trayport arranged new online activities linked to a wellbeing theme each week, as well as quizzes and other entertainments like a magician. The wellbeing offering was expanded to include virtual classes in yoga, mindfulness and fitness. Other employers have set up virtual happy hours for after work catch-ups, team games and encouraged the use of chat forums for casual chit-chat.

The general view is that HR and employers can best help with workplace wellbeing by making the ‘check-ins’ with staff more regular. Managers need to get better at spotting changes in manner and behaviour virtually. Employees should be given even more flexibility in their working day at home, with more opportunities to break up the day — a move away from micro-management towards judging performance purely through outputs.

When an issue is so difficult to raise in conversation — the ‘L’ word — employers need most of all to make sure their remote and hybrid workers have someone they can speak to in confidence, without making a big deal of it with a manager or colleagues.

All the evidence suggests it’s not something people want to do, they’d rather grin and bear it; and that can only happen for so long before loneliness becomes a factor in mental wellbeing. All the efforts by HR to introduce new forms of virtual social contact have their place, but it’s critical that people have a means of talking about the issues openly and in the context of their personal situation.

Organised events for socialising are one thing — but the reason why so many friendships are made at work, and why those relationships are so valued, is that they weren’t the result of formal, organised activity. The moments over cups of coffee and meeting on the stairs were where people were just being themselves. Sometimes it was just the chance to let off steam about demands from the boss, to step outside work roles and identities, that kept people feeling human.

In this context, the EAP is an even more important listening service, making sure everyone has an outlet for talking openly and in confidence with a friendly, well-informed supporter.