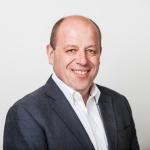 Social mobility: the tide is turning

For corporate UK, social mobility is a topic that is increasingly gaining attention. However, despite a widespread realisation that engaging talent from all socio-economic groups is not only a moral obligation, but also enables businesses to access skills they would otherwise miss out on, we’re not making progress as quickly as we should be.

The organisation also outlines how those from more privileged backgrounds continue to be disproportionately represented across some of the most prestigious professions. Within government departments and agencies, for example, 50 per cent of all hires are from Russell Group universities. In professional services firms this figure sits at 60 per cent. Within law, more than 80 per cent of staff come from Russell Group universities, with some firms hiring over 90 per cent from these institutions - even where only half of their applications come from these individuals. And these figures tell a much broader story around the distinct need to provide a solid educational foundation for youth from as early as primary school all the way up to the time they apply for university; all the while ensuring parents are engaged in the process.

The sad fact is that individuals from lower socio-economic groups remain largely under-represented in professional roles. However by continuing to fish in familiar pools, decision makers risk missing out on a wealth of prized talent.

Here at Alexander Mann Solutions, we’re supporting organisations to better explore how they can engage with emerging talent from low-income families to make a measurable difference to their respective companies and the UK economy at large. Many of our clients, in fact, featured in the Social Mobility Foundation’s 2018 Employer Index: a list of the top 50 businesses taking action to improve the representation of individuals from less privileged backgrounds.

It’s no mean feat. While initiatives such as blind CVs should, in theory, help level the playing field, the root of the issue is actually much deeper: organisations need to get those from lower income families to apply in the first place. When I worked for the London 2012 Olympics & Paralympics Organising Committee, we developed an employment and skills strategy to specifically engage talent from Olympic host boroughs such as Newham and Greenwich. We had to take a very grassroots approach, educating not only prospective candidates, but also schools, families and communities about the types of roles available – and really bring these opportunities to life.

To improve social mobility long-term, we need to take a step back. Earlier this year, the higher education watchdog, the Fair Education Alliance (FEA), recommended that universities should take the backgrounds of prospective students into account when awarding places, which I believe would be a step in the right direction. Initiatives such as the Apprenticeship Levy should also make a difference, by offering young people a route into top organisations without the financial investment associated with a university education – but only time will tell if organisations are using their funds to make an impact in this area.

Despite wider challenges around education and training, forward thinking companies are already improving pipelines from this under-utilised group by taking a second look at existing communication channels, reviewing entry criteria and redeveloping assessment methods to focus on core competencies and potential rather than experience.

They realise that there needs to be a certain level of disruption – they simply can’t rely on where they have recruited from traditionally.

An increasing number of employers are adopting strengths-based assessment methods, rather than a competency-based system: finding out about candidates’ inherent abilities and how they would behave in given situations, rather than simply asking for examples of work experience that demonstrate their qualities. The Institute of Student Employers reported that 17 per cent of its members used strengths-only recruitment processes in 2017/18 and this number is likely to rise.

It’s worth noting that, while the highest levels of business are dominated with professionals who attended red brick universities, there are exceptions to the rule. Tony Pidgley, CEO of FTSE 100 construction firm Berkeley Group, got involved in house-building soon after leaving school aged 15 before rising through the ranks. Steve Rowe, CEO of Marks & Spencer, meanwhile, started working Saturdays at the Croydon branch at the same age, and has spent almost his entire career with the retailer.

As these examples demonstrate, after you get your foot in the door - in the UK at least - if you have the inclination, you do have the opportunity to climb up the ranks. The reality is that, once you are established in your career, no one cares how you got there. We just need to offer those from lower socio-economic groups the opportunity to get on the first rung of the ladder and prove themselves – and it seems the tide is turning.

Recent research from the Social Mobility Forum found that 74 per cent of employers feel their clients now care about the socio-economic diversity of their organisation’s workforce – close to those saying race (77 per cent) and gender (86 per cent) are key considerations.

In response to this demand, businesses are increasingly monitoring their social diversity, and making changes to positively influence representation. According to a report from the Institute of Student Employers, almost half (45 per cent) of the country’s largest graduate recruiters, including top banking, accountancy, law, retail and engineering firms, now ask university students about their socio-economic status. This represents a three-fold increase from 2012, when just 13 per cent of graduate recruiters asked such questions.

What’s more, the Social Mobility Foundation has found that 42 per cent of employers now analyse their recruitment process to see where those from lower socio-economic groups fall down. One in five businesses remove the university attended in an effort to avoid this affecting shortlisting decisions, with a similar number setting mobility targets and monitoring how employees from lower socio-economic groups progress within their organisation. While we still have a long way to go, it’s certainty a good start.

Official figures show that 52 per cent of young people move on to university after A-levels - with just one per cent at Oxbridge and another eight per cent at other Russell Group universities. Ultimately, businesses which favour talent from these elite institutions - or even graduates over those who never moved on to further education – risk missing out on the skills and potential of a significant portion of Gen-Z talent.