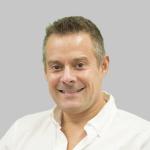 The Adecco Global Talent Competitiveness Index 2020 was launched at Davos last week with a focus on AI, the fourth industrial revolution and the changing nature of work.  For most HR teams, AI and machine learning still feels a long way away. However, the report did reveal some interesting findings that would relate to any UK business looking for qualified, talented people to help them meet their objectives.  The report measured each country and capital city’s ability to enable, attract, grow and retain talent. And this year, while London ‘smashed it’, moving up the rankings from 14 in 2019 to 2nd in 2020, the rest of the UK dropped.  Does this mean that only London is managing to qualify as a career-benefitting hub, and that London-based businesses are the only ones that can find the talent they need?  That’s not the way we see it.

We train 300,000 professionals a year worldwide so it’s possible to get a view on how the training and development of individuals feeds into the availability of qualified talent.  And, while London still dominates as the business capital, there are other UK cities that may prove their streets are also paved with career gold.  Take York, for example.  This North Yorkshire city might be best known for its historic landmarks but, as the UK's first Gigabit City with the fastest broadband in the north of England, and with big brands like Hiscox and Aviva moving important parts of their business to the area, it’s clear that York’s future is also looking impressive.

The skills gaps exist nationwide but there are businesses who are taking a leadership approach – not just widening the search for available talent but also training their own.  Unfortunately, some companies still don’t fully understand how to integrate training and development into their operations and are ignoring the opportunities offered through the Apprenticeship Levy to develop current or future members of staff.

Cat Mawdsley, Senior Apprenticeship Consultant at GKA, senses the urgency for skills.  ‘The shortage of qualified cybersecurity professionals could open the UK to threat within three to five years,’ she says. ‘As well as hunting for the few cybersecurity experts, it’s important to feed the talent pool with a focus on early talent.  The Cybersecurity Apprenticeship Level 4 programme – which equates to a foundation degree level – is underway already, and future requirements have motivated the need to develop a Level 3 (A Level standard) Cybersecurity Apprenticeship. The trail blazer for Level 3 has been launched and we are seeing education in schools, including early stage half day training of cyber ambassadors, being more popular.’

And IT skills initiative aren’t just focussed on London. Barclays Coding For Kids project, Microsoft’s Coding In Schools and BT campaign’s to encourage girls into STEM careers reach far across the UK.  In addition, Discover Digital, a Leeds City Region Enterprise Partnership initiative, is just one of the non-London programmes looking to inspire graduates and career-changers to upskill into a digital role.

This year London may be the second capital in the world in Adecco’s Global Talent Competitiveness Index, behind New York, but we are confident that it’s only a matter of time before the UK itself rises back up the ranks.