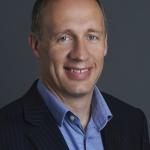 Rhona Darbyshire and Patrick Glencross, both at law firm Cripps Pemberton Greenish, discuss how the UK employment law could change following the Brexit trade deal, and how likely are any changes?

The Trade and Co-operation Agreement, agreed on Christmas Eve, contains level-playing field provisions which in principle restrict the UK’s ability to weaken employment rights which are based on EU legislation. The non-regression clause prohibits both the UK and the EU from weakening or reducing their labour and social levels of protection, as existing on 31st December, “in a manner affecting trade and investment” between them. This is likely to mean a measure producing some competitive advantage, which would be difficult to establish, and the wording would enable some future divergence which falls short of this threshold.

On 14th January the Financial Times reported that the Government was considering repealing certain rights derived from the Working Time Directive, including the 48-hour working week, the inclusion of overtime in holiday pay and the requirement for employers to record workers’ hours. The Business Secretary Kwasi Kwarteng on 19th January confirmed that the Government was carrying out a consultation with business leaders on EU employment rules including the Working Time Directive. He proceeded to give these assurances in Parliament on 25th January: “There is no Government plan to reduce workers’ rights….We will not row back on the 48-hour weekly working limit derived from the Working Time Directive. We will not reduce the UK annual leave entitlement, which is already much more generous than the EU minimum standard. We will not row back on legal rights to breaks at work.”

The Business Secretary then announced on 27th January that the review into changing EU employment rights was being shelved, with the reiteration that the Government was “not interested in watering down workers’ rights”.

It is possible that the Government will reopen this review in future, particularly when it introduces the Employment Bill, which was originally promised in the Queen’s Speech in December 2019, but was delayed due to the Covid-19 pandemic. Although the stated purpose of the Bill is to “protect and enhance workers’ rights as the UK leaves the EU, making Britain the best place in the world to work”, it is possible that legislation which creates new entitlements in areas such as flexible working and carers’ rights at the same time as reducing some EU-derived rights will be held out as meeting this objective.

The 48-hour working week is often cited as a prime candidate for repeal, although many employers are content with keeping this limit with the existing opt-out mechanism, and it seems more likely that the current provisions will be kept as they are. Government research in 2014 found that internationally there was a long-term downward trend in hours worked, and the WTR had an additional impact in reducing levels of long-hour work in the UK. According to the ONS, less than 10% of full-time employees work more than 48 hours a week. Various studies have argued that given the permissiveness of the individual opt-out, the 48-hour limit has not placed any significant constraint on employers. It is a different issue whether opt-outs are genuinely voluntary rather than conditions of the individual’s employment.

A more likely candidate for reform is the calculation of holiday pay and in particular the inclusion of overtime pay. Following a series of European Court decisions, the UK courts have established that statutory holiday pay must always be calculated to reflect a worker’s normal remuneration, including payments such as overtime, commission and bonuses. While strictly these principles only apply to the core entitlement of 4 weeks’ leave under the Directive, in practice most employers apply them also to the 1.6 weeks additional leave under the WTR. The most recent case of East of England Ambulance Service NHS Trust v Flowers (under appeal to the Supreme Court) extended this rule to voluntary overtime, if overtime is sufficiently regular and paid over a sufficient period.

The Government could plan to water down some of the obligations on employers under the Agency Worker Regulations, if not repeal them entirely, in pursuit of “striking the right balance between the flexibility that the economy needs and the security that that workers deserve”, another stated purpose of the pending Employment Bill.

The divergence of UK employment law from EU law may come gradually from court judgments rather than legislative change. The Court of Appeal and the Supreme Court are no longer bound to follow existing decisions of the European Court of Justice (ECJ), and are free to depart from them if it seems right to do so. The holiday pay cases which the Supreme Court is due to hear later this year, dealing with issues of voluntary overtime, limitation for historic claims and holiday rights for part-year workers, may indicate how willing the higher courts are to exercise this newly-gained independence.