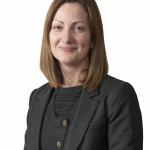 Job hunting and recruiting staff can be stressful whichever side of the table you find yourself on, and in some cases this can lead to people acting in strange ways.

The below ‘horror stories’ are genuine accounts provided by experts in financial recruitment, and while the lessons from these tales are clear, you’d be tempting fate to think they’d never happen to you.

During a telephone interview, a hiring manager could clearly hear the candidate’s mother providing answers behind him. The interviewer asked: ‘Who’s feeding you the answers?’ He said no one, but when pressed about it further, the applicant got flustered and hung up.

Catriona Jamieson, senior consultant – Oxfordshire, Accountancy & Finance, Investigo said: “Wow! I always recommend that candidates sit in a silent room when on telephone interviews. Nothing worse than a screaming baby in the background or a dog barking… or parents giving the answers.”

Hays Recruiting: “I once placed a part-qualified candidate at a very small private equity firm. I called her after she’d been in the role a few weeks and she clearly wasn’t happy, seemed very downbeat and was whispering on her phone.

She asked whether it was still legal for someone to smoke in the office. Apparently her new boss (the FD) was smoking at his desk a couple of times a day and everyone in the office was too scared to say anything because he was a very loud and angry character (think Brian Blessed). This was in 2009!”

An applicant turned up at a job interview wearing a grimy, see-through shirt, glasses held together by tape, greasy hair and severe dandruff.

While being interviewed, he repeatedly scratched his head and arms, causing large flakes of skin to fall onto the table.

Catriona Jamieson: “Everyone’s worst nightmare. Candidates should always attend interviews clean, shaven and in a suit, with shirt and tie that’s been ironed; ladies, skirt or trouser suit is a must too. No flip flops/trainers/pumps.”

Not the X-Factor we’re looking for

Hays Recruiting: "We recently had a junior role on with a well-known hedge fund that was reporting into the financial controller (FC). During first round interviews, the FC was keen to get to know the candidates by asking what their hobbies and interests were outside of work.

A perfectly normal question but one that provides too many avenues to accidentally hang yourself. One candidate who interviewed for us said she was a part-time club singer, before very quickly breaking into what can only be likened to an X-Factor audition. The interview didn’t go so well from there."

Hays Recruiting: "Honesty is definitely not the best policy at a role we recently had on for a well-known banking group. The position was for a newly qualified accountant looking for their first move into industry.

The finance manager conducting first stage interviews was asking very typical questions and unfortunately one candidate we put forward was a bit too honest. When asked how they enjoyed their accounting studies they replied: “I hated every moment of it, dullest experience of my life”.

They also said their weaknesses were “laziness, according to their mum”. And possibly the worst answer you could ever give to the question of why you want to leave your current role: “To get away from some of the idiots I work with”. Oh dear."

Always have a spare handy

Marcus Williams, manager – Investment Management Finance & Front Office, Morgan McKinley: “A recruiter received a call on his mobile at 5.45am from a candidate that had an interview scheduled that morning at 8am at a large financial services firm. The recruiter asked if everything was OK? The candidate replied: “Not really, I’m having a nightmare. I’ve left my suit in the car and my partner has taken the keys with her to work.” It turned out that the candidate didn’t own a spare set of keys or another suit.

“The recruiter was able to get through to the hiring manager interviewing the candidate to explain the bizarre situation. The manager replied: “We’re looking for a highly organised and efficient individual to join the team. Unfortunately, this individual does not meet our criteria, therefore we will not be rescheduling the interview”.”

As Benjamin Franklin said, “By failing to prepare, you are preparing to fail.”