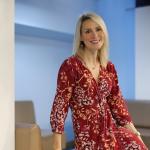 First established by ‘survivor and activist’ Tarana Burke in 2006, the Me Too movement has continued to gather pace with more people coming to the fore to campaign against sexual harassment. Years on, how are employers ensuring their organisations remain a safe space for workers to do their jobs and progress in their careers?

Assisted by the Me Too (or #MeToo) movement – which originally gained traction in America –preventing sexual harassment has been an ongoing focus for campaigners for a number of years. The movement empowers people, predominantly women, to come forward and discuss their experiences of discrimination and harassment.

In the UK, whilst sexual harassment in the workplace has been unlawful since the implementation of the Sex Discrimination Act 1975 – now captured under the Equality Act 2010 – the campaign has highlighted that, unfortunately, harassment is still widely experienced at all levels of society and in all walks of life. From the studios of Hollywood to the offices of London, no workplace is immune.

In 2018, the ‘Women and Equalities Committee’ published a report which considered sexual harassment in the workplace. You can read the report here, which contains some truly shocking stories and anecdotes of workplace harassment.

Whilst the report came to a number of conclusions, the Committee’s view that “providing a workplace where employees have safety and dignity [should be] no less important than other corporate responsibilities such as preventing money-laundering and protecting personal data”, clearly elevated the importance of dealing with, and preventing sexual harassment.

The report’s conclusions led to the Government launching its own consultation on the issue during 2019. This closed in October 2019 although, as with many things, the pandemic delayed the publishing of the outcome which only took place on 21 July 2021. The consultation (outcome available here) concludes that the following will be introduced:

The wider detail of what these duties and protections will look like is still unclear. It is thought that the new duty on employers will require them to take ‘all reasonable steps’ to prevent harassment and for an incident to have taken place before an individual can make a claim.

Further consultation with the Equality and Human Rights Commission – the statutory body which has responsibility for enforcing equality legislation – will also take place and a Code of Practice, along with guidance outlining the practical steps an organisation can take to prevent sexual harassment, will be published.

What should I do next?

There are no timescales for the introduction of the above and it will take place ‘when parliamentary time’ allows. Our ESP Law team will let you know when there are any further updates.

However, you should be aware that preventing sexual harassment in the workplace is on the Government’s agenda, and so it should be an area that your organisation continues to take seriously as well. At this stage, you may wish to review your company’s policies, training, and workplace standards, to ensure that everyone is free to work in an environment in which they can thrive and feel safe.

As a director of ESP Law – a new-model employment law firm and employee of Employee Relations (ER) technology business ESPHR – Nina oversees operational compliance and is involved in key actions and decisions to improve organisational efficiencies.

An accomplished employment solicitor with many years of experience, Nina advises a varied...