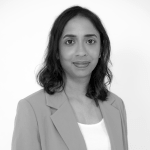 Two fifths of employers (39%) say that their male employees wait until a health problem becomes severe before talking to their line manager or HR department, which in turn leads to team or workplace disruption.

Related to this is the fact that 37% of employers say that one of the main issues when trying to manage men’s health issues in the workplace is their unwillingness to seek help. Similarly, just over a quarter (26%) of employers stated that presenteeism – working whilst not being fit, physically or mentally, for work – is an issue amongst their male employees.

Other issues that employers believe affect men’s health problems in the workplace include:

In general, men are simply not engaged with the healthcare system. It’s not uncommon for male employees to make claims about ‘never having had a day off work’ or ‘not having visited a GP since they were young’ but this could mean serious conditions are missed.

Women tend to have many more touch points with the healthcare system, such as during family planning, pregnancy and giving birth; vaccinating young children; smear tests; menopause support etc. This means they have more opportunities to raise health concerns and are more accustomed to seeking help. However, as the research indicates, and as many suspect, men often ignore symptoms and delay medical check-ups.

In the context of the workplace, we need to encourage men to get support as soon as they have any concerns or show symptoms. These early interventions can prevent an illness becoming more severe and ultimately mean less disruption to the employer.

Current provision of men’s health support in the workplace

Nearly half (45%) of employers say they offer support in the workplace specifically for men’s health, with a further 20% planning to offer it within the next twelve months. These figures are a positive step forward in employers acknowledging that their male employees need dedicated workplace support for ill-health.

To shift the needle on men’s workplace health, employers must offer the right type of support, and it needs to be both convenient and give assurance. A tech-based solution ticks many of the right boxes but it will not be effective unless it is communicated regularly to increase engagement.

We need to prevent men from having any excuse to delay discussing symptoms, particularly as fitting a GP appointment around work can be difficult and many feel uncomfortable divulging health concerns directly to an employer.