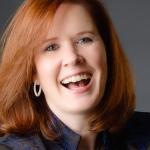 Blog of the Week

2017 and the future of engagement strategies

The recent announcement by Facebook that they were to extend their bereavment leave policy has sparked a lot of conversation and debate about the various people polices in many organizations. Facebook's decision is like a breath of fresh air, though I believe the conversation needs to continue, to expand, and a critical eye passed over many of the policies that we have on our books.

Ask any HR professional what they think of the people-policies and procedures in their organization and most will acknowledge that many of them are dumb and difficult to enforce. Rules that have unfortunately resulted in a reputation of Human Resources being a jobs-worth function trying to justify its existence.

There are many legal requirements designed to protect the employee from the unscrupulous employer, and in some cases protect the employer from an unscrupulous employee. I'm not suggesting that these be ignored or thrown out, however I'd make a heartfelt plea for them to be simplified! The complexity of some of the legislation is time consuming, for employee and employer alike, let alone the HR Professional who acts as translator, mediator, and enforcer.

The regression of common sense

What I can’t get my head around is why so many of those rules and mindsets towards employees are still anchored in the 20th Century; designed for an illiterate workforce transitioning from the fields to the factories. Rules that appear as a result of the transgressions of a few, and end up controlling the many. They certainly don’t reflect an educated workforce or the needs of the future-proof workplace. Many rules actually limit learning, collaboration, and creative thinking.

Do we really need a dress code that bans “spaghetti straps”? Women can wear skirts but men can’t wear shorts. Interesting. We assume kilts are okay?

Providing proof that a relative has died before you can attend a funeral and trying to place a finite time on grief (two days for a parent, one for a grandparent) is not only inappropriate, it’s disrespectful. At least the Facebook decision has started to challenge this approach. And do we really need a note from a doctor to prove we’re sick? Let’s clog up waiting rooms even more for minor ailments - while sharing our germs and spreading the infections.

We need to throw out the policies that penalize people for being late but don’t acknowledge the hours worked at the end of the day, in the evening, or during the weekend. Throw them out, so we don’t have to resort to legislation like we’ve seen in France that restricts after-hours emails. How about allowing common sense to prevail?

“Managing out” the bottom ten percent of your workforce (remember this one?) only works if you can guarantee that the ten percent you hire to replace them are better. The flawed assumption being that the bottom 10 percent of employees underperform. And more insidiously - will always underperform. And this mindset doesn’t even take into to account the time required to learn the new role, or the impact on others while they fill in for colleagues who were euphemistically “let go.”

Hours, months, and years (ok a little exaggeration, but admit it, it can feel like years) are spent in the annual performance review cycle where managers are asked to grade their team, and then told to lower their grades to meet an arbitrary curve or expectation from the C-suite. It feels more like Junior High than a workplace where responsible adults attend.

In the 21st Century workplace Performance Management experiences a workplace makeover. Instead of a focus on goals and annual feedback organizations, teams and individuals are aligning around Purpose, Culture and Values. Gone is the annual review, once a year conversation if you are lucky, to real-time feedback that empowers and engages each person in the moment, and treats them for what they are, adults.

Companies like Kelly Services, Dell, IBM and even GE are doing away with the traditional 20th Century approach. In a recent article one Deloitte manager was quoted as saying “Performance Reviews were an annual investment of 1.8 million hours across our business that didn’t meet our needs anymore.”

The individual focus of performance management and rewards is at odds with the team based approach that is required going forward. In the fast-paced world of the 21st Century 12-month goals seem ludicrous, especially when manager and employee changes are happening regularly, let alone changing priorities and projects.

One Deloitte manager was quoted as saying “Performance Reviews were an annual investment of 1.8 million hours across our business that didn’t meet our needs anymore.”

Organizations are struggling to predict their market and business 3-5 years out and annual cycles are becoming less defined. Instead the planning horizons are coming closer, rolling 12-month cycles are the norm and agile practices are needed.

It’s time to think, and plan, in ‘dog-years’ rather than calendar years. Short-term goals and milestones, that ensures meaningful feedback and progress in bursts, while aligning to the overarching purpose and culture.

Most companies only provide training for a select few, usually the "top 20%" and overlook the majority 80%" while excluding contractors or part-time workers - with a growing number of freelancers and contract employees this policy seems ridiculous. The implication is that part of your workforce gets to see the secret song-sheet by which you operate, and everyone else has to hum along as best they can.

Progressive organizations, like Deloitte, aren’t just opening up their learning to their employees (whatever flavor they are), and they’re also opening programs to their customers and communities. Now there’s a 21st century idea!

Thank goodness more enlightened companies are throwing out these preposterous time-sucking people processes and replacing them with adult centric daily conversations. It’s time we consigned some of our approaches to the history books where they belong.

Part of your workforce gets to see the secret song-sheet by which you operate, and everyone else has to hum along as best they can.

Treat your employees for who they are—adults. Provide them with challenging goals and resources to achieve them. Then set them free to deliver the results. Where expectations are not being met, have the courage to provide the tough feedback, and give them an opportunity to step up; if they choose not to, or can’t, you can decide to part ways. Either way it is a much more respectful and effective partnership.

We all want to learn

In my work with thousands of leaders across the globe, I can vouch for the fact that only a very small percentage of people are seeking to get by with the minimum of effort. Most employees want to do a good job, enjoy their work, build great relationships, and feel like they’re connected to something bigger than themselves.

I dare you to take action.

If you can provide a future-proof workplace that engages curiosity, there will be no stopping you. I know where I'd choose to go to work!

As a trusted advisor to executives and senior leaders across industries, Morag Barrett is able to challenge individuals and teams to achieve outstanding results. Morag founded SkyeTeam to ensure that organizations are able to deliver extraordinary...

"It’s time to think, and plan, in ‘dog-years’ rather than calendar years."

"more enlightened companies are throwing out these preposterous time-sucking people processes and replacing them with adult centric daily conversations."

Morag, great writing, great sentiments and long may this change for the better continue.

In my view, daily "useful conversations" are the way forward.