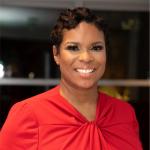 One of the most notable ways in which Gen Z (born between 1997 and 2012) has changed the world of work is where they work. Flexible and fully remote working is a “mega trend”, meaning the pandemic was only a catalyst. Now that flexible arrangements would appear to be here to stay, a narrative has emerged that Gen Z is most reluctant to return to the office. Plenty of statistics can be wheeled out in support of this narrative. Microsoft, for instance, says that fully 46% are likely to go remote.

But that idea also trades on a stereotype. It may well be true that Gen Z places a high premium on the freedom to choose where they work. But this is not the same as saying that Gen Z would rather work from home most of the time.

That conclusion assumes a binary that oversimplifies matters. It is not “home v. office” but rather “home and office” — as long as the office culture is one of inclusion and support.

Think of it this way. Gen Z is the most socially conscious generation in history. According to Bupa, 63% feel the burden of climate change compared to 37% of Gen X (born between 1965 and 1980). 63% of Gen Z are anxious about racism and homophobia compared to 52% of Gen X. Companies with strong ESG values are more likely to retain a younger workforce. And for every statistic in support of the home-working narrative, there are two that present a counter narrative. A recent study by SkyNova, for example, found that out of 1,000 interviewed US workers, 47% of Gen Zers are after an in-office job. In fact, the percentage of Gen Zers seeking in-office jobs is higher than for any other generation.

This might sound counterintuitive. Gen Z is the first to be fully digitally native. You might expect them to take to distance-working, i.e. Zoom, with greater aplomb. But this generation was also among the worst affected by the lockdowns. It’s no surprise they’re craving face-to-face contact: remote work can sometimes reinforce the feeling of being locked down by eroding the sense of community and siloing people away from each other.

It’s that sense of community which leaders should put front and center. As with millennials, Gen Z prizes the “people and culture” fit more than anything else. Fully 86% of job seekers avoid companies with a bad reputation, and 88% of job seekers say that a healthy workplace culture is necessary for success. Gen Z intuits the benefits of face-to-face contact. They know they need the visibility, role-modelling, exposure to leaders, and learning by observing that’s most likely to happen when working in person in a positive environment where diverse perspectives are valued.

Gen Zers enormously value these rich social interactions. It’s up to business leaders, CEOs and HR departments to do them justice. If they don’t – if their office cultures fail to adapt – they risk alienating what is set to become 27% of the world’s workforce by 2025. Fortunately there are a few concrete steps that can be taken to attract and retain Gen Z where they most want to be.

The first, paradoxically, is to make the agile working option as attractive as possible. People’s circumstances can change and most employees value flexibility. The cost-of-living crisis, for instance, could lead even the most ardent office-lover to think twice about commuting costs. Parents also often place a high value on flexibility and women especially often need flexible work arrangements to accommodate the many roles, including caregiver, they tend to play outside of work. Almost all employees want a genuine choice in the matter. Financial help for home-office set-ups – including equipment and software – can go a long way.

Second, leaders must get creative to find ways to expose remote workers to important mentoring opportunities, role models and even company culture and expectations. The same is true for encouraging collaboration among people not physically located in the same space or even working during the same hours. Creativity and innovation can suffer when most interactions occur virtually and there are far fewer opportunities for impromptu interaction, brainstorming and learning by observing.

Even for those working in person, how workspaces are arranged physically can help promote conversation and collaboration. Techniques such as hot-desking and reverse mentoring programs can also help Gen Z, and all team members stay engaged.

To attract and retain Gen Z  team members, we need to eliminate the false belief that they all want to work remotely and ensure that, no matter where employees work, they have the support and engagement to succeed and are held accountable through results-oriented approaches rather than simply logging hours in one location.

Monica is an award-winning global speaker, business strategist and consultant, with experience as Coca-Cola’s Global Director of Strategy and Innovation. She founded Monica Motivates to impart skills to women and underrepresented entrepreneurs, and to help multinationals such as Microsoft and Santander with capacity-building and supplier...