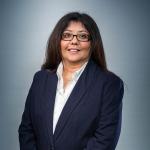 What is Whistleblowing and Protective Disclosures?

A protected disclosure, more commonly referred to as whistleblowing, is an act of revealing information that is in the public interest, to any relevant party, highlighting a violation of a legal or regulatory obligation. Some examples of these violations include;

There are some complaints that do not fall under whistleblowing law, these will typically include complaints that are focused around personal issues as they are not seen to be in the interest of the wider public. This will include grievances such as bullying, harassment, or discrimination.

When it comes to handling a whistleblowing case, the first, and sometimes biggest, difficulty employers will encounter is identifying them.

When an employee, or anyone else, raises a whistleblowing complaint, they have the right to be treated fairly throughout the process, and the right to not be punished. In short, all elements of their employment should proceed in the exact way it would have prior to the disclosure being made.

As you might expect, this protection applies only in very specific circumstances, and this does not give an employee free rein to say whatever they want to whomever they want and expect no repercussions. As a result, it’s crucial to identify the cases where the disclosure was protected, as you must ensure that you are not treating an employee less favourably when a genuine protected disclosure was made.

However, it’s important to note that whistleblowing does not give an employee unlimited protection in all circumstances, but it does mean that both parties should proceed with caution. If an employee can identify a change in their treatment following a protected disclosure being made, there is a possibility they can raise the issue that they have been treated less favourably, resulting in a whistleblowing complaint.

How to handle whistleblowing complaints

If you have an employee that believes they have been treated unfairly as a result of making a protected disclosure, they have the right to take further action. There are two common forms this action might take:

As a result, it is critical to conduct an investigation as soon as possible to ensure that no wrongdoing has occurred.

If an employee files a formal grievance, you have the opportunity to resolve the issue internally before resorting to tribunal proceedings. When conducting an investigation, it is prudent to focus on whether or not there has been less favourable treatment rather than whether or not there is a protected disclosure. In cases where no less favourable treatment occurred, understanding whether the employee made a qualifying protected disclosure is not necessary.

To determine whether the treatment was equal and fair, comparisons may be made with other members of staff who have not made a protected disclosure. If it is discovered that less favourable treatment occurred, simply stating that an employee did not make a qualifying protected disclosure may not suffice. Case law suggests that even if the parties at the time believed a disclosure had been made, and this was the reason for the treatment, it would still be a whistleblowing detriment, even if it came to light that the disclosure was not a qualifying protected one.

Furthermore, employers should also take care to maintain confidentiality when dealing with these complaints. If the employee made a confidential whistleblowing disclosure, investigating it without regard for confidentiality may result in additional claims being made.

Whistleblowing, and protective disclosure, cases should be handled with a great level of care to avoid any subsequent claims being made against the employer. If they are not carried out with the level of protection and confidentiality that is expected it’s not unusual for these cases to grow into a bigger issue for the employer.