How to Address Sexual Harassment at Workplace?

Sexual harassment was recognized as a form of sex discrimination in the mid-1970s. A study found that an American is harassed every 68 seconds. An online survey by NGO Stop Street Harassment says that 81% of women and 43% of men experienced some sort of harassment during their lifetime. The U.S. Equal Employment Opportunity Commission (EEOC) had received 7,609 charges in FY 2018 compared to 6,696 in FY 2017 which is a 13.6% rise in workplaces. Any unwelcome conduct of sexual nature may occur online as well which was common during COVID. Cyber harassment like making sexist jokes, rating a person’s sexuality or discussing pornographic materials may impact colleagues’, especially women’s, capability to participate in online spaces. 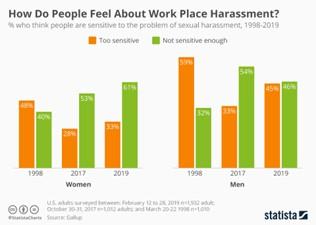 There are plenty of strategies to prevent sexual harassment. But what to do if the incident has already occurred? Studies found that 90% of individuals who experience it never usually take formal action like filing a complaint. But you should pursue a remedy and an internal procedure to be able to respond properly and legally to the incident. Here’s how.

1. Decide if the Act is Sexual

Fox News paid $25 million to cut ties with Bill O’Reilly after the public disclosure of sexual harassment claims and settlements led to advertisers leaving his show. This kind of trouble can damage a brand’s reputation and you must redress the harm done. Start with analyzing if the employee complaint is valid by cross checking these facts:

• The victim has to be highly offended or the act must be offensive.
• The behavior should be serious and establish a hostile workplace.

There must be in-house anti-sexual policies in the company workbook. These assure that responsible parties are clearly educated about the effects and costs of these behaviors. The law, however, allows proceedings only till 180 days of the incident or 300 in case it is covered by the state law as well. Section 2 of OSHA helps learn about workplace violence through case studies, identify two types of sexual harassment (Hostile Environment and Quid-Pro-Quo) ways to diffuse potentially bad situations. The worker might not be physically injured but experience health problems due to the stress of verbal abuse or impending violence. But most employees are not law experts. 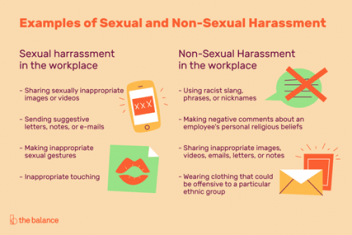 This is why HRs, managers and supervisors must help the victim write a report and follow up with a formal letter. This can include ‘sexual harassment’ in the subject line, a timeline with as many dates and actions that can be documented, if the behavior is ongoing, details of who said what without confusion and current concerns.

Sexual violence impacts all communities and people of all genders, orientations and ages but help must be free, confidential and available 24/7. One of the ways is to educate employees to formally report, even on behalf of others, when warning signs and incidents of harassment are seen. One must support anyone who experienced it and encourage others’ allyship. They must be trained and provided with resources to be able to mitigate a threatening situation personally instead of simply being a bystander.

It is also necessary to know that sexual harassment knows no gender. Traditionally, it is a male troubling a female. But the reverse and same-sex incidents are true and are illegal as well. You must also strive to protect employees from outsiders as well. Except for the immediate colleagues, customers, vendors, business partners and clients must also take into account if a complaint arises. It is always a good idea to get in touch with an attorney in case the victim is facing retaliation or the case needs to be thoroughly investigated.

A study by The North American Menopause Society (NAMS) revealed that a history of sexual harassment was linked to an increased risk of blood pressure and poor sleep quality. The victim might not be able to visit doctors like gynecologists or dentists since it requires high amounts of invasiveness and trust. Administrative bodies at workplaces must actively deal with harassment allegations. Filing a grievance and ensuring the right action on time may set an example and stop future events at the office.

I have more than 10 years of experience in recruitment. I like to write on latest trends and on topics that would help recruiters and job seekers.