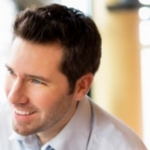 Are you allowing bias in interviews?

As a word, bias is slightly more gentle than one of its most well-known synonyms, prejudice. Bias is a rampant issue in workforce hiring today, and not always for reasons of known prejudice. Often, managers simply default to preferring candidates who either strongly resemble themselves or simply "look the part" of the job they are being interviewed to perform.

Since this type of bias is often so difficult to detect, managers who wish to make optimal hiring choices often find themselves in a position of needing to change company recruiting and interviewing tactics in order to eliminate the bias. In this post, learn about 5 tips you can use now to take the bias out of upcoming job interviews.

Many managers today have an incredibly difficult time letting go of their dependence on the old school face-to-face job interview. Yet as far back as 1998, management professionals already knew the traditional interview can only predict employee performance variables at about 14 percent.

The tests presented should be informed by the type of work the candidate is being hired to do. For a machinist, a test might best be hands-on. For an accountant, a test might better be computer-based.

By moving away from the standard interview and towards work tests, you can immediately gain a sense of which candidates are best prepared to hit the ground running - and with confidence - in their new job role.

Tip #3: Administer and analyze the same questions in the same order.

Here, the goal is to create as much of an "apples to apples" horizontal comparison across the candidate pool as possible.

For example, if you are interviewing 5 candidates and one of the pre-hiring questions is, "As a manager, what types of reward and recognition programs have you used to boost performance?," you would want to compare all 5 candidates' answers for this particular question before moving on to a comparison of answers to the next question.

New human resources data modeling tools make it possible to determine the correlation between a particular answer and the future prediction of success in that job role.

Not only does taking a data-centric approach remove bias from the equation still further, but it supports equal consideration of highly qualified candidates who may be naturally less eloquent in face-to-face communications.

Even in very small companies, today's hiring trends are moving more towards seeking buy-in from multiple key personnel before making a final hiring decision. This waters down the potential presence of hiring bias by spreading it out among a diverse group of selectors.

It also ensures each candidate will be evaluated from multiple perspectives, especially when decision-makers come from different departments within a company.

These tips have been proven to help to reduce hiring bias, boost diversity initiatives and improve talent selection. These tips, both on their own and in aggregate, outperform the traditional face-to-face job interview by 86 percent as a predictor of new hire success.

Malcolm spends his time elevating businesses through independent consultant work, with core focuses around; bigger ideas, bottom-lines and better business. When Malcolm isn't writing, or meeting with a board, he's gearing for the eventual ultra marathon he's been planning for years.