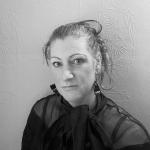 Turmoil at Twitter and what it means for #wfh

The media has unsurprisingly been full of the news of the turmoil at Twitter. Some reports (depending on the politics of the media outlet and author) paint Musk as a tyrannical beast, whilst others are praising his ability to execute a recovery plan come what may.As we all now know, Musk’s first email to Twitter staff allegedly removed the possibility of remote work, unless exempted with his special approval. Instead, employees must be present in the office for a minimum of 40 hours (hard labour) per week. It’s a complete 180 on their previous ‘permanent work from home’ policy brought in by their previous CEO and fan of remote working, Jack Dorsey, in May 2020.Every decision about hybrid working policies should be seen in context and Twitter is no exception. Musk has never been a fan of remote working, but this move goes much further than his personal preference. He is often painted as an unreasonable man, but the move is not unnecessarily unreasonable when you consider the situation the business in is. By all accounts the company is in dire straits, losing $40m every day. They’re on a cost cutting path and working from home is just one of the benefits that have been rescinded to boost productivity. Apparently, he is also going after free lunches (unsurprisingly considering that there were more chefs on site than people to feed). Deeply unpopular as it may be, the characteristically Musk manoeuvring suggests Twitter’s new CEO might not care too deeply about losing even more people – in fact perhaps it is even a bold strategic move in a bid to oust the old guard and replace with fresh blood. After all he’s already fired thousands – 50 per cent of the company – perhaps this is the stick to get rid of the remainder.Those who were against remote working from the beginning might be tempted to point to Twitter and suggest a copy and paste., However, this is not the model for others to follow when shaping their own policies. Twitter is in disarray. Its HR policies and practices are all over the place. First of all, their talent strategy and people experience is not stable because the business is unstable. Working with clients across sectors it’s clear that company and industry factors must be weighed up when drafting a flexible working policy. What works in tech companies might not be possible, for example, in a hotel, high street retailer or bank.Yonder recently ran an Omnibus survey exploring the latest push and pull factors across the UK talent market. Perhaps unsurprisingly, though nevertheless significantly, work-life balance was the primary thing UK employees want their employers to offer. It ranked over pay and compensation as the top factor. This is not about letting employees dictate the way companies need to work, but the study suggests we should continue to take the topic seriously and develop a clear stance if we want to attract and retain the top talent.Beyond the hyperbole, we don’t need to follow suit or diverge from it, we need an evidence based, balanced view of what’s right in our business and what works (i.e. from an operational/practical perspective). Rather than asking ‘should we do a Twitter?’, we should be asking ‘What’s right for our business taking into account our company, sector, people, ideal culture and of course the brand and customer experience we promise to deliver?’ Only then will the ‘right’ answer be revealed.