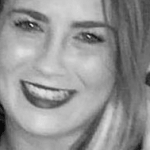 £250,000 holiday back-pay paid out to construction

Over 100 construction workers are to receive an estimated £250,000 worth of holiday pay following a Unite campaign which ruled that voluntary overtime should be included in holiday pay.

Workers across three high profile projects in London were paid holiday pay based on 39 hours a week whereas in reality they often worked 55 hours a week working overtime on Saturdays. The workers have secured payment of between £400 and £1,000 each with further back payments to be received after joining forces to demand their full holiday entitlement.

The construction workers were initially ignored when they brought the issue to Byrnes Bros management, until construction workers at different sites, backed by Unite, joined forces and commenced a campaign which developed into a collective grievance. Management then tried to deal with the grievances individually but workers insisted on a collective remedy to the underpayments. Management accepted that overtime should have been included in holiday pay and Byrne Bros are now in the process of paying each worker what they are owed including back pay.

The decision to accept fault comes as no surprise after the landmark ruling by the employment appeal tribunal in the Dudley Metropolitan Borough Council v Willetts (and others) case in July 2017. The case was the first to confirm that employers must include normal voluntary overtime when calculating holiday pay and it set a legally binding precedent which employment tribunals across the UK are obliged to follow. The pressure is now on for employers who still do not include overtime in holiday pay to urgently reconsider; otherwise they are at risk of being brought in front of the Employment Tribunal.

Bright Contracts is a software package that has everything you need to create and manage a professional staff handbook and contracts of employment. www.brightcontracts.co.uk