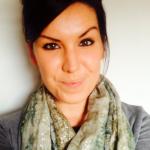 Are some job hunters hungry for 'zero hours'?

Zero hours contracts have quite rightly attracted a lot of criticism, for the extent to which they’ve been abused by businesses to the detriment of employees’ rights. But might people actually start to demand them as 2019 continues to unfold? I spoke to Oliver Shaw, CEO of Cascade HR, for his thoughts…

They’ve been hailed as exploitative, have featured heavily in employment tribunals and have been a topic of focus on the picket line – it’s no wonder zero hours contracts have attracted a bad reputation! And rightly so – in many cases they’re abused by employers in a blasé act of stripping staff of some arguably extremely basic entitlements.

Whilst the very nature of these casual arrangements makes statistics difficult to ascertain, an article in The Guardian in October 2018 suggested that almost 1 million people in the UK are employed on this basis – around a fifth of the 2000 figure. Despite the Labour Government’s attempts to have them ruled as illegal, they therefore show no sign of disappearing from the employment landscape just yet.

But is this a bad thing?

Of course, their exploitation cannot be condoned in any way, but abuse of zero hours contracts is arguably a cultural and/or ethical issue on the part of the employer, rather than a direct fault of the model itself. Because let’s make an important recap – these contracts are supposed to provide flexibility on the part of both the employing organisation and the worker.

So, whilst there are undoubtedly people who would rather have more security and regular hours – almost half of the people on such contracts according to the Guardian article – there will also be some who welcome the fluidity that comes with zero hours arrangements. A very similar debate in fact surrounds the gig economy too – this model is also advantageous to certain people.

If someone is hired as an independent contractor or freelancer – instead of being a full-time employee – it may afford them a level of flexibility they would otherwise struggle to achieve. Many nurses are now choosing to work for the NHS on a locum basis for instance. Designers are delivering their services on specific projects, before they use their creativity elsewhere. In truth, the examples are endless.

So, providing these models empower people to choose when and where they work, or how they use their skills, its growing prevalence in the world of work should not be sighed at.

This isn’t to say that, if employers don’t intentionally exploit people, it will be all plain sailing. Many HR leaders will argue we could risk all organisations turning into Charles Handy’s Shamrock. This tripart theory accommodates peripheral workers and contract workers employed for a specific task on an outsourced basis. So, a multi-layered world of work is not a new notion, nor a bad thing. But what if, at the age of 21, an individual has not found themselves in a position to be considered a high-value core worker – the third element? If zero hours contracts continue to grow in popularity, they might automatically default to one of the other groups and struggle to ever emerge. This will do nothing in the battle for a mobile and equitable working population, where vulnerable people have a chance to better themselves.

As always, this topic is multi-layered. And it will undoubtedly be a challenge for the next 10 years. But flexible working models are becoming more common and are here to stay. They certainly feature within our annual research findings from the HR landscape. So, with some thought, and determination, we could ensure it works for all rather than holding anyone back.