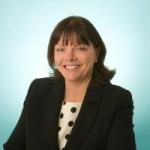 In this modern world one might be forgiven for assuming that women and men were almost on an equal standing (I won’t go into the comments on board level diversity for this piece as that’s a whole other can of worms). However, it would seem that some of the historical female biases have inadvertently crept back into the workplace. 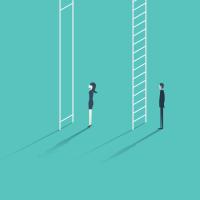 A recent survey from graduate recruitment app, Debut, revealed that more than 40% of women faced inappropriate questioning during the hiring process, ranging from questions around their relationship status and plans for motherhood, to suggestions on the way they dress. There was even a reference to celebrity Carol Vorderman who was once told she didn’t get the job because of certain physical attributes, or lack thereof.

Aside from such approaches being detrimental to the company’s reputation, there are also legal considerations to bear in mind here. UK law states that candidates cannot directly be asked about their health, love life, age or plans to have children during the recruitment process, yet the Debut survey revealed that 27% of women had been asked about their relationship status, for example.

It’s likely that much of this stems from a misunderstanding of what is and isn’t acceptable in the hiring process. We’ve seen many occasions where those carrying out interviews haven’t had the requisite training and it’s in these instances that such mistakes are made.

HR teams must seriously consider upskilling interviewers to refresh their understanding of what is and isn’t appropriate and, where relevant, incorporate technology to assess and manage talent objectively in order to reduce unconscious biases.

However, this inadvertent discrimination continues beyond the initial hiring process. According to the latest PwC whitepaper, two-thirds of women could be working below their potential when they return to the workforce from a career break. The whitepaper, Retaining and Advancing Women in Business: A model for success, revealed that 29,000 women returning to work on a part-time basis are underemployed. A staggering three in five professional female work returners are moved into lower-skilled or lower-paid roles, which really demonstrates that this demographic is being significantly under-valued. This could potentially be costing the UK £1.7 billion in gains when compared to what could be achieved if these individuals were utilised to their full potential.

Having a career break for any reason isn’t detrimental to an individual’s skills and abilities – in fact in many cases it can help them develop new, much desired attributes. The fact that the UK could see a financial gain of billions if women returning from career breaks are utilised to their full potential should provide organisations with all the incentive they need to create a more inclusive working environment.

It’s important to remember that even small changes can make a huge difference. Improving flexible working options or tackling the negative perceptions of CV Gaps, for example, can help reverse the stigma of women taking career breaks and ultimately, better ensure they are given everything they need to perform to their full potential once back at work. Expecting anyone to simply jump back into a role after a break without any support simply isn’t feasible and employers must consider how they can better manage this, with a phased return to work, for example.

Organisations simply cannot allow such discrimination to continue in a world where diversity and inclusion is arguably one of the biggest concerns of all stakeholders, whether they are customers, employees or investors. But through appropriate training and employing the relevant technology, much of this bias can be removed.

The Clear Company is the brain child of Kate and Gareth Headley. As recruitment professionals, they realised the difficulties that organisations face in recruiting diverse talent and set about creating the tools and resources that businesses need to maximise their access to talent.

A nationally-recognised expert and auditor in diversity...