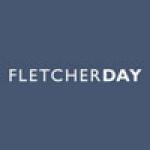 What does the future hold for the Gig Economy?

The ‘Gig Economy’, a term coined in the financial crisis of 2008, refers to the UK’s flexible labour market characterised by freelance, zero hour contract, short-term work. With 2.8 million workers currently operating in the gig economy and making up 4.4% of the working population, the phenomenon is fast becoming a popular opportunity for rewarding and flexible employment.

The gig economy lends itself perfectly to those seeking versatile opportunities who were previously constrained to the traditional inflexible boundaries of modern employment law – this is supported by statistics showing that self employment rates have risen by 45% since 2001. The rapid growth of the gig economy has seen companies such as Uber and Deliveroo becoming some of the most popular and competitive online organisations.

But is the grass always greener on the other side? Recent cases in the media suggest that the gig economy is not all it appears. Businesses are able to exploit their workers by keeping wages low, dictating zero hour contracts and not offering holiday or statutory sick pay for its employees. The controversy of the gig economy has seen employers facing legal action over their decisions to refuse employment rights such as offering work-place pensions.

Those working in the gig economy often suffer a poor quality of work. The Taylor Review of Modern Working Practices characterises quality work as wages that meet the national minimum requirement, a permanent status, progression opportunities and flexibility of work – all of which the gig economy does not incorporate nor place importance on. The flexible labour market grants no guarantee of work and therefore not only affects the immediate ability to pay bills but also damages life outside of the workplace through prolonged stress.

Although flexible working hours seem to offer freedom to employees, enabling them to balance work around other priorities, the gig economy often requires its employees to work lengthy and unsocial hours which lacks flexibility for personal needs.

The gig economy poses many complications, however recent developments have pioneered change in the industry. Scottish MP, Chris Stephens has introduced a Workers Definition and Rights Bill in order to support those working with little or no rights or protection. It is expected that the Independent Workers Union of Great Britain will also support the uprising of gig economy workers to give voices to the most vulnerable and powerless. A recent case study by Tesco analyses their workers attitudes towards flexible hours in a gig economy style of working. Staff were able to control their schedules, manage their hours and their leave and could pick up extra shifts. The positive relationship between both employer and employee demonstrates how the gig economy provides endless opportunities that benefit both when safeguarding measures are taken.

The future of the gig economy remains uncertain but change is on the horizon. With more attention being placed on the safety of workers and the risk of exploitation, the flexible labour market may face a decrease in the popularity it has previously seen. Instead a hybrid gig economy may emerge – one of both flexibility and legal precautions.

Fletcher Day are a Commercial Law Firm who have a main head office in Mayfair, Central London. They have provided their services for UK and International clients in countries such as Brazil, China, Malaysia, and Russia. We advise many different clients from large organisations, well-...