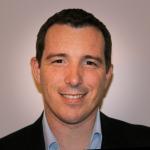 As the “Great Resignation” rages on, businesses are competing for new talent by offering signing bonuses, competitive pay packages, flexible working, and other attractive benefits. Indeed, HMRC data confirms median UK monthly pay increased by 6.3% compared with January 2021--and is up 10.3% when compared with February two years ago. All this tallies with the fifth annual Employee Engagement & Retention Report from Achievers Workforce Institute that found 44% of UK people plan to look for new jobs in 2022.

Inevitably, new UK Government employment data shows that organisations are scrambling to find enough workers. The ratio of vacancies to every 100 employee jobs reached a record high of 4.3 in November 2021 to January 2022. The number of UK job vacancies rose to a new record of 1,298,400 between November and January as well.

In response, HR teams up and down the country have launched aggressive recruitment drives. However, if organisations focus disproportionately on new staff at the expense of retaining existing staff, they may do so at great cost. According to Investopedia, it can take up to six months or more for a company to break even on its investment in a new hire.

That long time to recruitment ROI will, of course, get even higher when new recruits are attracted by high pay and benefits. WIRED UK reports that one German firm is so desperate for candidates it’s offering €500 to anyone it interviews, another €1,000 to those who make it to a second round, and €5,000 more to those who complete a six-month probation.

There can also be large, hidden costs, like the business potentially lost when a leaver’s work and customer network walks out the door (more than likely, to a competitor) with them.

That’s why in this period of uncertainty, the ‘three Rs’ of recognition, reward, and retention are at least as important as recruitment. Departures often create strains on existing staff and result in further resignations and people going off with stress-related illnesses. Poorly conceived team re-balancing ideas can even lead to employment tribunal and discrimination legal problems.

As 71% of employers struggle to plug labour shortages, according to our survey, there are signs that staff’s patience and stamina are wearing thin. Our survey showed that 78% of employees took on more responsibilities without a pay rise or promotion, 76% have been working longer hours, and nearly 3 in 5 feel they had to put their professional development on hold. However, as desperately as staff urgently want their employers to fill these gaps, they’ll certainly expect their commitment to be recognised and rewarded commensurately with new hires.

One universal truth that crosses geographical and demographic boundaries: recognising your human capital is good business. This and previous surveys all showed that when employees feel welcomed, known, included, supported, and connected, they are more likely to stay in their roles and to do their best work for you, over many years. Regardless of where respondents hail from in the world, most agreed with the statement, “When I’m recognised for a specific action, I’m more likely to take that action again in the future.”

So, if you agree that creating a nurturing environment could be a potent weapon in the fight to keep talent instead of having to compete for external candidates with all the cost and effort that seems to be entailing right now, the obvious question is: how?

Building a culture of peer-to-peer recognition

I accept that building cultures of peer recognition and reward is not without its difficulties. For many HR teams, the move to sustainable remote working and hybrid team arrangements is only compounding the challenge.

Fortunately, having the right software platform can support just the evolution. I’ve been working very closely these past few months with one of the UK's largest high street banks. The pandemic didn’t just dramatically overhaul this company’s culture--it reminded many workers of the importance of work/life balance.

To help show how much these thoughtful workers matter to the brand, the bank’s worked super-hard to build a culture of recognition across a very diverse, global, now increasingly hybrid 70,000-strong workplace. The results are starting to speak for themselves; in just 6 months, 90% of colleagues are now actively recognising their peers, employee engagement scores are up a full nine points—and its people have recognised their colleagues an astounding 1.2 million times.

To me, experiences like this show the verdict’s clear: Focusing on the ‘three Rs’ of recognising, rewarding, and retaining valuable team members is not only great for morale, but also smart business.
The full Achievers survey “2022 Engagement and Retention Report” is available here