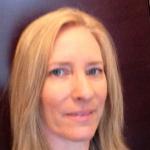 5 Essential Tips to Make a Developer Happy at Work

We’re all looking for the developer unicorn. At Jobbatical it’s the top ask on our hiring board. Here’s how you can recruit the best.

Whether you’re in Silicon Valley or nowheresville — you’re still looking for the best tech talent. You don’t just want any warm body to fill the seat either; you want someone to magically take all your developer headaches and make them go away.

Unicorns are a rare breed and the competition for them is stiff. If you aren’t in a sexy industry, if your office is drab, and you can’t compete on location or out-of-this-world office perks then you’d better think of why your company should be top on their list to apply. Here are some surefire ways to lure a unicorn developer to your job vacancy like a geek to a new gaming platform:

Good Developers Want Jobs Where They Can Solve Problems

Give your developer the opportunity to work on some cool technology or in a language specialty that will really make them want to sing. Developers really, really, really - want to use their brain. They’re not very happy with repetitive tasks — they want to solve problems — that’s why they took all those math classes in school or tinkered in their garage pulling apart things as kids. Give them a good problem to solve and some great software to use in the process so they can scratch that developer itch.

Allow them to work odd hours. Yes, I mean really odd hours. These are creative people, not clock punchers. Most people think of only writers and artists as creatives — but developers are too. As an employer, you should start thinking of your developers as having these same quirky, finicky personality types too. Developers work on hard problems so sometimes the answers don’t come between 9 and 5 but in the middle of the night. Also, for some reason, a lot of engineers tend to be night owls. Whatever they are — early birds or night owls — let your developers do their job and don’t hassle them about the hours they work. (I kind of wish we could get all employers to heed this not just those working with developers…)

Give your developers a manager who actually understands tech. A good project manager is worth their weight in gold and can make or break a team, especially in the morale department. Give them a leader who has at least a kinship with coding. You can’t have someone leading the team and demanding progress who doesn’t even know what it takes to write code. We all know technical work is time-consuming and highly detailed but a manager needs to know more than that to lead a happy tech team.

Don’t ask your unicorn to explain what he does in a standup every day. Allow them to inform the team when they’re stuck with a problem or need more information to complete a task. I’m not sure who developed the daily standup but it can often be a complete waste of time and demoralizing as well. Like any other creative endeavor, being a developer and writing code comes in bursts and torrents of productivity. Asking a developer to report in a standup every day is like asking a novelist to tell us where he is in the story every day while writing a novel. Give them space to create and have the ability not to stress about a day or a few hours where no ideas came and they had to surf the net for relief. Your code will get written but like a fine wine, it takes time.

Don’t assume your developer knows every tech language out there

Don’t ask your engineers to be a jack-of-all-trades. So many developers are hired for one type of programming only to discover that most of their job is working in a completely different language than they were hired for or doing a completely different job altogether. Don’t bait and switch your developer. This is a highly specialized trade. These tech languages take a long time to learn. Knowledge of a language doesn’t necessarily give you knowledge of another. Nontechnical people somehow think if you know one technical specialty you can (and want to) work in all of them. Not true.

Do you have a cool trick for attracting top developers? Or maybe you’re a developer and you wish employers offered you a particular benefit or perk? Let us know in the comments.

Ingrid Lantz is a proud new resident of Estonia. She works for Jobbatical, a startup matching employers with top talent who want to take their career abroad.