According to a study conducted in 2015, the number of women in computing jobs has actually fallen by nearly 10% since 1990. Just 26% of all computing jobs in the US are now held by women. Numbers are equally discouraging for tech jobs in the UK (17%) and Australia (28%).

When Apple released its Health App in late 2014, an app designed to offer a full health tracking solution, they somehow forgot to add a menstrual cycle tracker. Quite a big oversight you might think, but considering that there was not one single woman on their development team, it’s not surprising.

While the cycle tracker faux pas has since been rectified (women can now track their menstrual, ovulation and fertility cycles on all of their Apple devices), the same cannot be said for the gender gap in technology jobs.

However, it is not all doom and gloom in the tech industry. A growing number of organisations, companies and governments are starting to take the issue seriously. After all, there is evidence that diversity is good for business.

And while governmental programs and guidelines are important and needed, many women are tired of waiting for things to change from the outside, and have decided to take charge of their own tech dreams.

They are setting up female-only networks, education and training programs, events to educate, empower and connect, as well as blogs aimed to show other women that tech can be fun.

Here we take a look at 5 amazing organisations around the world that support girls and women in technology:

One of the best-known organisations is US-based non-profit, Girls Who Code. Reshma Saujani was running for US Congress when she noticed a distinct lack of girls in computer science classrooms in her constituencies, and decided to found a program to change this.

Girls Who Code is aimed at high school students and offers a very successful 7-week summer immersion program in many US cities. The aim is to inspire girls by exposing them to real-life role models like CEOs, developers, entrepreneurs and engineers.  The organisation then seeks to teach them the hard and soft skills needed to become the technologists of the 21st century. The stats speak for themselves: 90% of the summer course alumni went on to major or minor in computer science at university.

A global network with networks on all six continents, Women Who Code has a simple mission: to inspire and connect amazing women with other amazing women. The non-profit is a real one-stop shop with focus on advocacy, development, community and consulting.

Women Who Code promotes career changes, no matter what age or profession, and organises annual conferences encouraging women to give talks to share their knowledge.

Founded in 1989 as an email-based information network of women, Women in Technology International (WITI) is the oldest female-only tech network. WITI’s mission is “to empower women worldwide to achieve unimagined possibilities and transformations through technology, leadership and economic prosperity.” Pretty inspiring.

The worldwide network of over two million women provides support, resources and connections to its members. Regular networking events, meet-ups, regional and national conferences, and career services are just a few of their amazing offerings.

Girls in Tech is a global non-profit with chapters on five continents, from Paris to Sao Paulo and Dubai to Hyderabad. Aimed at women and girls with an interest in, and passion for, technology, they focus on the three “E’s”: education, empowerment and engagement.

One of the newer kids on the tech block, Code Like A Girl is an Australian organisation based in Melbourne. Aimed at girls and women who already have a career in tech, the main aim is to bring likeminded women together.

Creator and coder Ally Watson, having just moved to Melbourne, found herself avoiding many networking events due to the lack of women. The male dominated tech world can be a daunting place, but is much easier to conquer when you have a support network, that’s why Ally started Code Like A Girl. She brings girl coders together to celebrate and discuss their passions and expertise and to support each other.

With so many support networks available, there’s no need for women to be intimidated by technology anymore. Do you work in the technology industry – if so, are you doing anything to increase the recruitment of women in this field? Or are you a girl that codes too and want to share your thoughts on these organisations? Let us know in the comments. 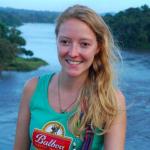