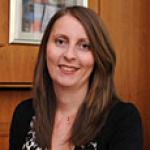 Blog of the Week

2017 and the future of engagement strategies

Research from Scottish Widows’ think tank the Centre for the Modern Family reveals that 42% of workers would like to be self-employed as they crave greater flexibility and freedom. But the stresses and strains can be too much for some, particularly those trying to balance a busy, demanding job with family life.

A trend that started in the early 2000s, there are now 4.77m self-employed people in the UK, with varying motivations, experiences and levels of success. While many say they were prompted to take the plunge for family reasons (among others), the effect of this decision on those around them is varied and sometimes unexpected.

However, this freedom appears to come with a hefty price tag; the research shows that 20% of people with a self-employed relative say their family member has become more stressed and 19% say their relative has more financial worries. One in ten (11%) say their whole family is under more stress as a result. What’s more, nearly one in five of those in a self-employed household (18%) say their family member is always on call for work.

Two in five (40%) workers say they prefer the financial security of being a permanent employee and 39% enjoy the benefits – such as a pension, parental leave and sick pay – too much to become self-employed. Perhaps a greater flexibility in the workplace would mean employees are less likely to have the desire to go it alone, therefore able to continue to have access to benefits such as sick pay, maternity and paternity pay, and pension contributions.

Evolving and adapting to the modern workforce’s needs could also benefit traditional employers, with benefits including being able to hold onto valuable staff, having a wider talent pool, reducing absenteeism, increasing commitment from employees and improving productivity.

Whichever employment path today’s workforce decides to take, it’s important that workers feel confident in securing a stable, successful and flexible professional future, and that a good example is set – by both businesses and individuals – for generations to come.

Jackie is a panellist on the Centre for the Modern family thinktank which examines...

Thanks for the article Jackie - it's definitely true that workplaces need to keep up with the modern workforce if they want to retain the best talent! Do you think a platform like http://SymbaSync.com could be used to help recruiters find talent that really fits with their company to help reduce unnecessary turnover?