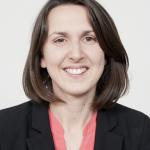 EU employees during the Brexit transition

Will Brexit affect your employees’ immigration status? – A consideration of EU employees during the Brexit transition

The fallout from the recent Windrush cases has clearly highlighted the harsh consequences that can follow when an individual is classified as an illegal migrant in the UK.  With Brexit around the corner, employers of EU nationals should consider now what steps to take to prevent their employees falling into a similar predicament.

What has been agreed so far?

It has now been agreed between the EU and the UK government that the Brexit transition period will last from 29 March 2019 to 31 December 2020.

Importantly, it has been agreed that EU citizens and their family members arriving during the transition period between 29 March 2019 and 31 December 2020 will have the same free movement rights as those who arrived prior to 29 March 2019.  This means that those arriving after 29 March 2019 may also be able to stay permanently in the UK and apply for settled status after spending 5 years in the UK.

Under the proposed deal, all EU citizens (other than Irish citizens) who are currently in the UK and who have been in the UK lawfully for at least 5 years prior to the end of the transition period on 31 December 2020 will be eligible for settled status. This will not be an automatic process and EU nationals will need to apply for settled status within 6 months of the end of the transition period i.e. by 30 June 2021.

Those who already hold a permanent residence document will have to convert it into a settled status document. The understanding is that this will not be a full application but will involve both a criminality check and a residency check to ensure the applicant is still residing in the UK.

Those who arrived in the UK before the end of the transition period – i.e. before 31 December 2020, but who have not spent 5 years here, will need to apply for temporary status and then, after 5 years in the UK, apply for settled status.

It is crucial to note that only EU citizens who are legally resident in the UK will be eligible for temporary or settled status. This means that EU nationals who have acquired permanent residency but who have since left the UK may not qualify for settled status.

However, the UK Government has stuck to their position that certain family members who wish to join their EU family member in the UK after the transition period will need to apply under the far more onerous UK Immigration Rules (i.e. those Rules that apply to the family members of British nationals).  For example, if an EU citizen living in the UK marries someone living outside of the UK after 31 December 2020 their spouse would have to apply under the Immigration Rules to join them in the UK.  These rules are much more stringent and restrictive than the current rules that apply to EU nationals and should be carefully considered and factored into any future immigration plans.

The EU are not on board with this approach as it effectively amounts to different treatment between EU citizens arriving in the UK before and after Brexit. This is likely to be an area of serious contention and the UK may well have to make further concessions further down the line.

What happens if EU nationals and their family members take no action?

It seems likely, at this stage, that anyone who fails to apply for settled or temporary status within 6 months of the end of the transition period – i.e. by 30 June 2021 - will be in the UK unlawfully and, as such, will be committing a criminal offence.  Worst case scenario means that they could be deported from the UK. In any event, by being in the UK unlawfully they may not have the right to work in the UK, rent property or even drive in the UK.

Furthermore, employers of EU nationals who have failed to obtain the correct status by 30 June 2021 may face civil and criminal sanctions if found to be employing an ‘illegal’ worker.  Further details are awaited but this could include not only potential financial ramifications for an employer with fines of up to £20,000 per illegal worker but could also result in the loss of their Tier 2 sponsor licence (if they are a sponsor licence holder) and reputational damage.

For employers who have reasonable cause to believe that they are employing an illegal worker there are now unlimited fines and maximum custodial sentences of up to 5 years in prison.

Employers can safeguard themselves and their EU employees against such draconian consequences by taking practical steps now in the lead up to Brexit.

We recommend that businesses currently relying on European workers do the following:

Now that there has been substantial progress on the terms of the final deal, the approach of ‘wait and see’ should be over. Employers should be taking steps now to protect their European workforce, a strategy that should pay dividends in the years to come.