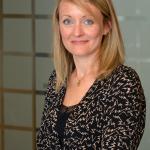 Readers may recall the racist and homophobic incidents which occurred during the Euros at the Puskas Arena, as a result of which Hungary must play their next two home matches in UEFA competitions behind closed doors. It’s also hard to forget the so-called England ‘football fans’ who disgraced themselves by posting racist comments on social media about the players who missed penalties in the Euro 2020 final.

So with the England football team warming up for their first fixture since the Euro 2020 final, it’s hoped that when they face Hungary in their World Cup Qualifier opener in Budapest’s Puskas Arena this Thursday, the racist incidents that have blighted both teams this summer have been laid to rest once and for all.

Hopefully lessons have been learned, but if there is a repeat of this behaviour, how should employers react to an employee has gone too far and posted offensive material on social media?

Many will remember the case of Andrew Bone, an estate agent with firm Savills, who is alleged to have posted a racist tweet about the three England footballers who missed penalties in the Euro 2020 final.  The tweet was posted from Mr Bone’s private twitter account which was not affiliated with Savills.  However, as is the way of the internet, it was (until the account was deleted after the tweet went viral), easy to determine who Mr Bone’s employer was and the tweet has since been published far and wide in the press – both in the UK and abroad.

It was reported that Mr Bone was subsequently arrested under Section 1 of the Malicious Communications Act over the tweet, after he apparently walked into Cheadle Heath police station of his own volition.  Reports stated that he claimed that his twitter account was hacked, and asked the police to investigate.  Mr Bone was reportedly suspended from Savills pending the police investigation.

However, there were many criticisms in the media that Savills ought to have taken swifter action.  But what should Savills have done, and what action, if any, are employers able to take regarding an employee’s use of a private social media account outside of working hours if faced with a similar situation?

The devil, as always, is in the detail….

It seems that in the case of Mr Bone, there was not a significant delay – the tweet was posted late on Sunday night, outside of working hours.  It may well be that no-one from Savills even saw the tweet until Monday morning.  Even had someone seen this overnight, it would be difficult to justify acting upon it during the night, rather than waiting for staff to attend work on the Monday morning, other than perhaps asking the employee to take the tweet down and/or reporting it to twitter.

Once the tweet came to Savills’ attention, it appeared that they took some time to consider the position and decide to suspend Mr Bone, pending investigation. Again, this does not appear unreasonable.  Savills will no doubt have had an internal procedure to follow and would have needed to carry out some preliminary investigations into what had been posted, when and by whom.  Recent case law is clear that suspension is not a ‘neutral’ act and should not be a ‘knee-jerk’ reaction.  It should only be carried out where it is ‘necessary’ to do so.

For those faced with similar situations, it is important to remember to take time to consider what has occurred before taking action – including suspension – and to take advice where necessary.  To suspend in circumstances where it is not appropriate to do so may otherwise lead to problems at a later date, should you end up in tribunal.

Importance of policies and procedures

Little is known about what, if anything, Savills’ policies and procedures may say about use of social media.  Policies often address the question of employees in any way affiliating personal social media accounts with the employer, but they are often silent about employees who may be identifiable as affiliated with their employer through a simple google search.

As we increasingly put more and more information into the public domain, which is easily retrievable on the internet, even if a page is marked private and has no obvious affiliation with an employer, there is a question as to how private it really can be?  Where a tweet may have ‘gone viral’ can it ever really be considered private?  Even if it was private, does that mean that an employer cannot take any action where a racist or otherwise discriminatory comment is made on social media, regardless of whether the private profile can be linked with the employer?

There is no simple answer to any of these questions – it will always depend on the particular circumstances of the case.  Does anyone towards whom the post is directed work for the organisation?  Even if not, are there others who have been offended by it?  Does the post directly contradict/ offend the policies and ethos of the business?  Does it conflict with its stated aims and values?  Is it something likely to harm the reputation of the employer?  If relying on damage to reputation – can you demonstrate that there was a genuine risk?  For example, a private Facebook page with only 20 connections may well be harder to demonstrate reputational damage as against a tweet which has gone viral to an audience of potentially millions.

In all cases it is important to be able to explain why an employer has taken the action it has taken, and proper investigation and policies and procedures will be invaluable when doing so.  The policy should makes clear that:

However, employers will need to be able to show that the policies have been communicated to staff, and that they are enforced and ‘lived’ by the employer, rather than simply being written and filed on a shelf to gather dust.  It is worth noting that even the best policies and procedures won’t mean that employers will always be able to take formal action, but it will certainly make it more likely.

There are many things to be taken into consideration when determining what action, if any, should and can be taken against an employee who has posted something which has potential inter alia to harm the employer and its business on social media – and there really is no ‘one size fits all’.  The case law in this area is constantly changing to keep up with the rapid changes in technology and what was true 10 years ago will almost certainly not be the case today.  For that reason, we would always recommend taking up to date advice when dealing with such issues.

Turning then to what comes next: regardless of any criminal issues which may arise, employers must ensure that they fully investigate what has occurred prior to taking any action.  The burden of proof in criminal cases is significantly higher than would be required in the employment tribunal.  Criminal matters must be proven ‘beyond reasonable doubt’ whereas the employment tribunal requires only a ‘reasonable’ belief, based on a reasonable investigation.  It is therefore always sensible to carry out your own investigations, and without delay.

Where the police are involved – as in the case of Mr Bone – the ability of the employer to investigate may be slightly hampered.  It was reported in this case that the police took computer equipment which may have been able to validate – or indeed, discredit – the employee’s claim that his twitter count was hacked.  But does an ongoing criminal investigation mean that the employer cannot continue with its own internal investigations or that it cannot take any disciplinary action it deems necessary?

The answer is often dependant on the circumstances.  If the police investigation is likely to be concluded in the short term, it may be appropriate for the employer to investigate as far as possible, and then temporarily delay taking action until the police investigation is concluded.  On the other hand, if it seems likely that it will be ongoing for the medium to long-term, it may be appropriate for the employer to conclude its own internal procedures, based on the information it has at the time.  Again, in such circumstances it is always sensible to take advice.

So, what do employers need to do to protect themselves against a similar situation? The most important points to remember are: