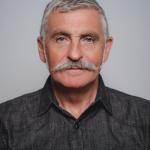 Why we still can’t talk about the ‘m’ word

The weight of money worries is leading to more mental ill-health, according to a new study. More than two-thirds of workers surveyed felt stressed, anxious or depressed because of their finances.

Raising the ‘m’ word with bosses, though, is still difficult. Employees need advice on putting their finances in order before talking to a line manager about a wage increase.

A survey of 1,428 employees in the UK by MetLife has provided pointers to how the cost of living crisis is putting serious strains on mental health and relationships. 38% said the state of their finances was making them stressed or anxious, and a further 26% had experienced feelings of depression. 31% had lost sleep; 15% said that money problems had led to arguments at home. The MetLife survey suggests that 30% have no-one to turn to for financial advice (the 70% who do mainly just mean talking to their partner our family).

Aviva’s 2022 Working Lives report highlighted how around 75% of employees have never had a conversation with their life manager about financial wellbeing — confirming the idea that people are uncomfortable with talking about personal finances at work. The 45-54 year-old age group of employees were least likely to have talked about financial wellbeing; 18-24 year-olds were most likely.

At the same time, awareness of the central role of stable finances for both employees and organisations is high. 35% of employers said the cost of living crisis was their top boardroom concern; 34% of staff said wages were their main worry.

Managers can flag ways to get help, but they’re not in a position to solve problems. And going to a boss with just worries and fears, hoping that will lead to a salary increase just isn’t the best or most practical approach. It can be just as difficult to talk to a manager or colleagues about a money worry as it is about mental health — perhaps worse, as we live in a culture where financial wealth is still seen as an indication of being ‘successful’. So anxieties just spiral and grow.

Advice on financial planning is an essential in our context of rising bills — particularly when the full implications of inflation are yet to be seen and felt. Employees need to be able to help themselves first of all, and make the first step of acknowledging there’s an issue.

But often that’s just the first stage. It’s when people realise they have a problem that the cycle of stress and the negative impacts on their work begins. Employees need a way of managing both their finances and the stress that’s involved.

Talking in confidence to a professional EAP adviser is a way to be able to open up and start a conversation, the easiest route for employees to start organising their finances, to get a grip on outgoings and get themselves onto the most solid basis possible.

This is another way in which the professional and confidential guidance of an EAP, both in terms of advice content and in speaking with a human being, is so important.