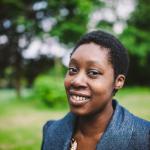 The gender pay gap.  That subject that has had hundreds of headlines over the years and is about to get some new ones. This time the subject will no longer be shrouded in secrecy. From 5th April 2017, firms with 250 employees or more will have to measure their gender pay and from April 2018 will need to publish it.

This has come about as efforts to encourage private sectors firms to voluntarily publish their pay gap has failed, so now mandatory regulations are being brought into force.

If you are under the impression that this is merely another ‘tick box exercise’ then you are in for a shock as this this has the potential to bring about some drastic (and long overdue) changes.

What types of measurements do you need to provide?

Failure to measure and publish the gender pay gap could result in an investigation by the Equality and Human Rights Commission.

The gender pay gap has been allowed to flourish for a number of reasons. Secrecy and lack of transparency being the main ones. Regulations for the private and voluntary sectors cover any employer with 250 or more "relevant" employees in England, Wales and Scotland (but not Northern Ireland) on 5 April 2017 - and on the same date each year after that. This information will have to be published both on your organisation website and will also be made public on a Government website and will be held there for 3 years. Your gender pay gap is now public property that anyone can access at any time.

In an age where information has the power to shift perceptions and encourage change it’s important not to underestimate the implications this can have for your organisation. Once that information is made public, naturally you will need to be prepared for questions and the expectation that you are going to take action to close it.

Staff, consumers and investors will have questions

The reasons for your organisations pay gap will be varied, so depending on what your data reveals, the actions that you’ll need to take to close it will vary. It could be due to the lack of senior part-time roles, not having fixed salary bands or starting pay rates, lack of consistency during promotion practices or unconscious bias. Whatever the root cause of your pay gap you will need to be prepared for the questions that will follow. What is the root cause? Has it widened? What are you going to do about it?

Once the pay gap figure has been made public, it will become a new focal point not just for staff, but for consumers and investors. Investors are becoming increasingly vocal about what happens within organisations they’ve invested in, the Uber sexism crisis is a very good example of what happens when a toxic business culture is revealed to the public and investors are not happy that the situation was not dealt with before it became public knowledge.

With this in mind, it makes good sense to start getting your communication plan in place to start to figure out how you’re going to handle questions as well as start preparing your plan of action to close the pay gap.

Your narrative will either save you or condemn you

The pay gap figure itself will be of interest to the public, but I believe that the narrative that you provide with it will speak volumes. The narrative is not mandatory, but it is advisable to include it as well. This is your chance to explain the root causes of the pay gap and more importantly what you plan to do about it.

This is what the public and investors will be focusing on and this is where you have the chance to effectively manage what could be seen as a negative PR situation. Naturally, as this is all public knowledge, you will be expected to actually deliver the results that you say you will so again it makes sense to have a good strategy in place. If the pay gap increases or doesn’t shift by the following year, you’ll be expected to explain why this is.

Tackling your gender pay gap means is an opportunity for your organisation to finally deal with issues that may have been brushed under the carpet for years. We live in a society where information and data has the ability to make or break firms and there is a new renewed sense of vigour around gender equality issues in the workplace.

There will be many people watching carefully to see what firms do and checking to see if they are living up to their promises of closing the gender pay gap. This is a new level of public accountability for many organisations.

It may seem daunting, but in reality you have 2017 to start to make progress before it all goes public in 2018.  You can get a head start, by prioritising this now to minimise any reputational risk that could be coming your way.

Michelle Gyimah is a Gender Pay Gap Consultant with over 10 years’ experience of working on gender and race equality issues in the workplace.

She worked for the Equality and Human Rights Commission for 10 years before going freelance in 2014. There she specialised in writing guidance for employers and delivering training seminars on equal...