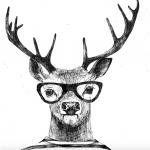 Considering a Candidate With a Criminal Background

The National Employment Law Project estimates that over 65 million Americans have been convicted of criminal charges. In the past, most hiring managers would immediately throw out these candidates based on arrest records and criminal charges, but companies are increasingly becoming more open to considering these types of individuals. Hiring managers must stay up-to-date about state and federal discrimination laws, take note of social movements and consider the potential advantages of hiring a candidate with a record when making determinations about what individuals are best suited for a position with their company.

Every hiring manager needs to be conscious about state and federal discrimination laws. Many states restrict employers from discriminating against individuals with arrest records. Some states even prevent employers from inquiring about misdemeanors. Employers should never ask a candidate if they have had their records expunged. It is lawful to refuse employment to an individual if the charges indicate the person is not well-suited for the job, but it can be considered discriminatory when you reject candidates solely on these factors when the charges are unrelated to job requirements and duties. Your company must remain compliant with the U.S. Equal Employment Opportunity Commission’s regulations regarding discrimination and the Fair Credit Reporting Act’s requirements about obtaining criminal history information.

To expunge a criminal record, an individual will need to petition a judge for a court order. If are successful, then anyone who searches the person’s records will not be able to see the expunged charges. Not everyone’s criminal records can be expunged. Certain crimes such as sexual assault, murder, kidnapping, arson and robbery can never be removed from criminal records. Additionally, the courts will consider factors such as previous convictions, whether the person has any open charges and whether they’ve paid fines on previous charges. An individual won’t be eligible for expungement until all fines have been paid off, they have completed any probation or jail sentences and a waiting period has passed. Felonies usually carry a waiting period of 10 years or more. When a record has been expunged, you won’t be able to see any charges on a background check. The individual can legally state “no” when asked about prior convictions, and the person doesn’t need to disclose any expunged charges to hiring managers.

Recently, advocates have been making progress in a campaign to stop hiring managers from discriminating against those with past criminal convictions. These passionate individuals believe that hiring managers are biased against candidates with records, so they suggest entirely throwing out questions about past criminal behavior from applications. The group additional hopes to make hiring managers wait to perform background checks until much later in the hiring process. Advocates argue that pushing back background checks will give every individual and equal opportunity to highlight and prove their qualifications before their employer can judge them on past convictions. Ban the Box has been so successful that they have rapidly changed laws in over 100 cities and counties across the nation. This public push for greater inclusiveness suggests that it’s pro-social for businesses to start considering candidates with criminal records.

A potential employee who was convicted on marijuana possession charges over thirty years ago probably isn’t someone whose record would raise red flags to a hiring manager. An individual who was charged with a [***] crime and hopes to work at a daycare, however, should not be considered a potential candidate once their criminal past is exposed. A person’s prior convictions may indicate that they are not well-suited for certain jobs or will not be capable of meeting job responsibilities. An employer has the right to know about prior convictions in order to protect themselves from future liability issues associated with hiring an incapable or unsuitable candidate. While certain state and federal laws restrict discriminatory practices, it’s ultimately the hiring manager who will assume legal liability and responsibility for their employee’s actions.

One significant study conducted by researchers at Kellogg and Northwestern University’s Pritzker School of Law identified an interesting trend. Ex-offenders save companies significant amounts of money by reducing employee turnover because they are generally more loyal to the company that hires them than non-offenders. Additionally, ex-offenders were no more likely to be fired than non-offenders. Ex-offenders were found to perform no worse than their non-offending peers. Many companies who self-identify as “re-entry friendly” claim that ex-offenders are typically hard workers who are genuinely grateful for the opportunity to work. Many individuals with records can offer your company more productivity or experience for a comparatively lower wage. Although it doesn’t apply in every situation, your company may also qualify for a work opportunity tax credit when hiring individuals who have had trouble getting employment in the past. This incredible tax credit can earn your company $1,200 to $9,600 depending on the employee that you’ve hired.

Hiring managers have a right to see potential employee’s public criminal records. This information can be useful when determining the individual’s liability to the company. Additionally, if a person lies about their convictions, then employers can legally refuse to hire them. Hiring managers must show that the person’s criminal past would directly impact job performance when choosing not to hire a candidate based on a disclosure of past charges. Research conducted by CareerBuilder revealed that over 51 percent of employees report knowingly hiring candidates with criminal records, and advocates have been trying to remove questions about criminality from the hiring process entirely. It’s clear that companies are becoming more open about considering candidates with criminal pasts, and there are potential benefits to hiring these types of candidates. Ultimately, it’s important for hiring managers to consider each candidate based on their merits in relation to the position’s responsibilities regardless of their past criminal convictions while remaining compliant with federal and state regulations.