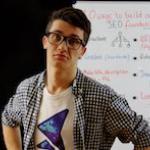 How Can VR Change the Recruitment Process?

Although virtual reality has been introduced to consumers a number of times in the past, it hasn’t gained the traction. This could be attributed to it being an expensive venture that struggled with limited technology. As well as numerous consoles trying to introduce a virtual reality, there have been other developments that, while impressive, just couldn’t make a dent in the world of technology.

However, technology is something that is evolving by the day in the 21st century, and as such, the concept of a realistic world being at everyone’s fingertips is an exciting prospect. Sure, consoles such as the Playstation 4 have shown just how immersive a 3D world can be, but can the same tools be used in the world of recruitment? The astonishing answer is yes - they can.

This may surprise some, while others may not find it such a big deal that virtual reality is edging its way into several different markets. The world of recruitment is a much more complex beast nowadays, and although we may get several applicants, many can be deterred by simply not knowing enough about the role in advance. There is also the fact that many recruiters find that they are booking interviews, only for candidates not to show up. This can be costly and time-consuming to business. It also means that the recruitment process overall takes much longer than it should.

Although many things can be done to ensure that the job role is informative, offering applicants a truly immersive experience is bound to gain more ground than those who doesn’t. Initial interviews can also be carried out online while using VR components.  Of course, there are some who could consider the introduction of virtual reality into the world of recruitment as nothing but a novelty, but to truly understand why such a process could change things for the better, we must look at what virtual reality can bring to the table, and this can be done by considering the benefits it has offered other markets, despite it being used in different ways.

Virtual reality is something that is being used in more than one context, so it’s evident that virtual reality has at least built strong foundations and won round the tech community. Its presence has been subtle, to say the least, but virtual reality is part of many peoples’ lives, whether they know it or not.

YouTube is an online video platform that needs very little introduction, but not everyone may be aware of just how far YouTube has come. As well as hosting content that could put television stations to shame, it has also been quick to adopt VR technology and instil it within its platform easily. As such, many people can enter environments that weren’t possible in the past, such as the White House and New York during the 1960s.

However, VR has a much wider range than the world of entertainment. The UK military was quick to adopt VR technology, namely the Oculus Rift, as it allowed them to set up simulations to train soldiers. Although such technology could be deemed expensive, it is more cost-effective than that of a training cabin.

VR technology being used to assess candidates is also being used in the education sector. Colleges and universities are offering students a first-hand experience of its campus via virtual reality, allowing for students to make a well-informed decision as to where they should continue their education. The University of Las Vegas has taken it one step further and has used VR to show athletes what it would be like to attend the school.

This shows how flexible VR technology can be, and with a few amendments, can become a vital tool in the world of recruitment.

Easier Interviews Between Consultants and Recruiters

When it comes to filling positions, time can be a constraint that can become more and more debilitating to both, recruits and candidates. For example, a professional may have seen a role they’re interested in, but the destination can be some distance away. While an applicant may be keen to apply for the role, feeling like they have a lot to offer, it can be problematic attending secondary interviews. Some can be dissuaded from ever applying for the role. However, introducing virtual technology can mean a business and the applicant can have a face-to-face meeting, which offers benefits for both parties. A business can ensure that they have more potential employees to interview, while job seekers can get a better understanding of the job role as well as the environment they will be working in.

Assessments That Are Collaborative are More Straightforward

Sometimes a recruiter needs to rely on more than their own assessment, and it can be normal to get the opinion from others within the business as to which candidates should be hired. However, trying to get all professionals in the same room at the same time can be problematic, as well as time-consuming. However, should the VR platform be used, a number of representatives can enter the conversation, without having to book a meeting room or cancel plans, which in turn makes the whole recruitment process more streamlined.

As you can see, there are a number of benefits to the recruitment sector employing the use of virtual reality, regardless of whether it’s used in the recruitment process, or to show potential employees around the business. Of course, there will always be a requirement to meet people face-to-face, but much of the work is often carried out when it comes to finding and vetting potential employees. As such, the use of VR technology within the recruitment industry can mean candidates are given a more formal introduction to the company they wish to work for, while recruiters can ensure that their time and money isn’t being wasted due to candidates not showing up for interviews. As such, this will look to create a more seamless experience for all involved parties, and get the industry as a whole moving in the right direction.

I'm a Head Wizard at Solvid. My work has been featured in Entrepreneur.com, TechRadar, Bitcoin.com, Business2Community and ReadWrite.