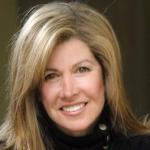 It’s nearly six months since the UK held its referendum on membership of the European Union.  30 million people voted, a turnout of almost 72%, the largest in a UK wide vote since 1992. Neuroscience provides clues as to why it remains an issue that creates strong feelings on both sides and shows how common human biases shaped the campaigning and result.

An in group / out group referendum

The Leave campaign focussed largely on one issue - that of controlling immigration. With the EU struggling to address its migrant crisis, Boris Johnson’s promises played firmly into the brain’s preference for similarity and things we claim ownership of.

Similarity biases largely centre around whether or not we feel people are part of our tribe. Unconsciously, people prefer, promote and protect their ‘in group’, be it their family, team, company and - in the case of Brexit - country. On the flip side, people tend to hold more negative perceptions of those seen as being different, the ‘out group’.

There are significant behavioural and neural differences associated with processing information about ‘in group’ and ‘out group’ members. Research shows that humans have a strong need for social inclusion and relatedness. The EU was positioned as being ‘other’:  bureaucratic, unaccountable, controlling and threatening.

Biases around ownership are a form of distance bias, which occur in decision making when we overvalue what is ours and immediately available. There is one network in the brain for all types of proximity, which includes the proximity of owning / not owning something as well as proximity in space and time.  Voters clearly felt a strong sense of ownership for their country than the more remote EU.

Remain campaigners, on the other hand, focussed their campaign around another bias: safety. Human decisions are generally more driven by fear of negative outcomes than the prospect of positive ones, Arguments to remain spoke largely to voters’ inherent bias need for safety. Leaving the EU would harm the economy, create uncertainty and risk, they said.

They also played on the brain’s need for certainty, saying that it would take time to set up new ways of doing business and trading with the rest of Europe. They said Brexit could lead to the Scottish independence and the breakup of the UK itself, and that it would weaken Europe at a time when it faces significant threats from further afield.

Remainers also challenged the stance of Leavers on freedom of movement, saying that UK citizens benefited from being able to study, work and retire across the EU with easy access to healthcare and public services.

On the face of things this was a strong argument. The safety bias known as ‘loss aversion’ motivates people to take decisions that avoid loss, even if there is an equal probability that they could win.

The result of the referendum suggests that in the case of Brexit,  similarity and distance biases played a stronger role in the nation’s decision making than the fear of losing out from leaving the EU. Perhaps some Leavers felt they had nothing more to lose following the austerity years.

In the grand scheme of things, understanding how bias might have affected voters' actions around Brexit will do little to change the path the UK is now going down. The fact, however, that these (and other) unconscious biases affect decision making more than we might think makes understanding them a vital first step to improving decision making in all aspects of our lives.

Diversity and inclusion are related challenges many businesses are currently seeking to address. They are hampered by the same unconscious biases at play around Brexit. For instance, workplace studies show that collaboration feels like it flows more smoothly among homogenous groups, yet diverse teams – where there can be more friction – are more likely to find the right solutions to problems they face.

Although our biases mean life might feel more difficult as part of a diverse team, organisations that are more racially and gender diverse enjoy levels of group social intelligence that are greater than the impact of individual IQ and tend to be more innovative and successful as a result. As the UK moves towards enacting Brexit, our political leaders might do well to remember that the same might just be true for nations too.

Dr Jacqui Grey is European Managing Director at the NeuroLeadership Institute, a leading global research organisation and the pioneer of bringing neuroscience to leadership. Formerly First Vice President HR EMEA for Merrill Lynch, Jacqui has a doctorate in executive anxiety and works...