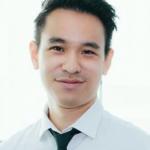 In June 2016, the Federal Court of Malaysia in Mohd Ridzwan Abdul Razak v Asmah Hj Mohd Nor made a landmark decision in introducing the tort of sexual harassment into our legal and judicial system.

What was the decision about?

An employee of Lembaga Tabung Haji lodged a complaint to the CEO of the company, alleging sexual harassment by her supervisor. Among other things, she claimed that her supervisor uttered profanity, made inappropriate jokes and unsolicited proposals for marriage, and even used a vulgar word as his laptop password.

The superior commenced legal action against the employee, claiming that her complaint of sexual harassment was defamatory. The employee filed a counter-claim against him, seeking general and aggravated damages for sexual harassment.

In 2012, the High Court dismissed the supervisor’s claim, but allowed the employee’s counterclaim. The High Court found that sexual harassment had been established and awarded the employee general damages of RM100,000.00 and aggravated damages of RM20,000.00. On appeal, this finding was upheld by the Court of Appeal although they did so on the basis that the supervisor had committed the tort of “intentionally causing nervous shock” rather than “sexual harassment”.

Finally, the supervisor appealed to the Federal Court, which dismissed his appeal, holding that it was timely to import the tort of sexual harassment into Malaysia’s legal system.

How is sexual harassment defined in Malaysia?

In defining sexual harassment, the Federal Court held that there are some recognisable hallmarks of sexual harassment. Sexual harassment is unwelcome, and can take both verbal and physical forms. This includes sexual innuendos, comments and remarks, suggestive, obscene or insulting sounds, implied sexual threats, leering, oogling, displaying offensive pictures and making obscene gestures. These overtures all share similar traits, in that they have “the air of seediness” and cause disturbance or annoyance to the victim.

Why is this decision important?

Until 2012, there were no statutory provisions on sexual harassment in Malaysia.  In April 2012, the Employment Act 1955 was amended to require employers to inquire into complaints of sexual harassment. However, the amendments did not provide for a complainant to claim damages from their harasser or from their employer.

Prior to this case, there has been no reported case where the individual victim has claimed civil remedies such as damages from an alleged perpetrator for sexual harassment.  With this recent decision, a victim of sexual harassment may be able to recover exemplary and aggravated damages from their harasser, provided she has enough evidence to establish the harassment.

In establishing harassment, the Federal Court went on to say that it is not a legal requirement for the allegations to be corroborated by a third party. To hold otherwise would render the victim helpless, since most harassment would take place in private.  The courts in determining a claim of sexual harassment, will have to scrutinize all evidence before them and arrive at a factual finding.

In making this decision, the Federal Court has sent a very strong message about dealing with sexual harassment in the workplace:

“Sexual harassment is a very serious misconduct and in whatever form it takes, cannot be tolerated by anyone. In whatever form it comes, it lowers the dignity and respect of the person who is harassed, let alone affecting his or her mental or emotional well-being. Perpetrators who go unpunished, will continue intimidating, humiliating and traumatising the victims thus resulting, at least, in an unhealthy working environment.”

Employers should take note of their obligations under the Employment Act to inquire into sexual harassment claim, and implement appropriate policies and procedures to deal with such complaints.  More importantly, a work culture should be cultivated where sexual harassment is not tolerated or treated as a joke. Where necessary, legal advice should be sought to minimize the risk of liability.

Donovan is the founding partner of Donovan & Ho, a boutique law firm in Kuala Lumpur, Malaysia.