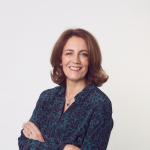 I was interested to see that recent ONS’ employment figures pointed to record rates (76.1%) of employment in the UK for Q2. The breakdown, however, showed two potentially vulnerable segments contributed most to these record levels: women aged 60 to 65 and self-employed men. It seems the impact from changes to state pension laws are starting to reflect in the numbers, as women in this age bracket are either opting to - or having to - work longer.

I find it equally concerning that the ONS found average workers in the UK earn less now after inflation than they did before the 2008/09 recession. Being in work no longer guarantees security. For many, including people and families that make up the backbone of the UK economy, it can mean low or irregular pay and high stress levels, as they struggle to provide for their families.

These people really need a champion to help them protect their interests, regardless of whether they are salaried or not. I know, firsthand, that many employers also struggle to provide the bare legal minimum when it comes to benefits packages. But a fair-deal insurance to protect peoples’ well-being and lives can cost as little as half a pint of beer a week. As we all know, that’s a lot less than the cost of replacing staff, which some say can cost £30,000 to replace a single employee.

Even if the cost of providing insurance is too far to stretch, employers must seek other solution. Outsource the HR function, sign up to an app to drive cost-effective employee engagement or use rewards schemes that recognise the value of helping employees to protect themselves. Simply ignoring the issue is not an option.

At Personal Group, we see more and more cases that highlight the need to protect the unprotected. We also see the rising risks of failing to look after employees. Tight labour markets and living wage laws are making staffing difficult and more costly. This is offset by a growing wave of legal action, investor and public scrutiny and contractor boycotts helping to turn the regulatory tide. You only have to look at September's landmark Assembly 5 bill on gig economy rights being passed in California.

With numerous indicators pointing to potentially tougher times ahead, feeling protected inside and outside the workplace needs to be prioritised for every worker, not just the few.

Following the acquisition of Innecto, in February 2019, Deborah became CEO of AIM-listed employment services company Personal Group plc. Deborah first joined Personal Group's Board in 2015, initially as a Non-Executive Director and then Chair of RemCom.