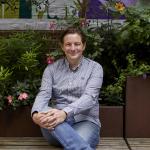 Abating the Great Resignation in 2022

The last six months have seen a tidal wave of resignations across the workforce - not only in the UK - but around the world too. Not only have we witnessed employees leaving their roles in droves, but we have also seen many people pursuing entirely new career paths too, often leaving their stable careers and trying something totally new. But it seems that this mass departure seems to be happening mainly at senior manager and below and across front line and technical roles, rather than at director level.

Certainly ‘The Great Resignation’ seems to be well and truly upon us, but in order to understand how to combat it, I think we should first look at what has been causing this shift in the first place. I think we can put it down to a number of key reasons.

For some people, the decision to leave their job came as a direct result of the way their employer (or managers) treated them during the pandemic. This might have been due to how their requests for flexible working were handled, how their employer made them feel during the uncertainly of the lockdowns, or even how safe they felt at work – or in all likelihood it could have been a mix of all these things. As a result, many employees have developed negative perceptions of their bosses and come to the realisation that they want out.

I think it’s also fair to say that many people did a great deal of soul searching during the various lockdowns and as a result, some made a commitment to themselves to make some big changes and pursue something which really matters to them. Often this has translated into a switch in career or employer.

The jobs market has also been pretty stagnant over the past two years and those who may have wanted to move jobs have put their plans on hold. However, as we start to transition out of the darkest days of the pandemic many people are starting to feel a sense of renewed confidence, and as a result are starting to actively seek new employment.

And finally, I think we would be remiss not to discuss affordability. Many firms are simply not in a position to compete financially right now and increase their employee’s wages. As such people are leaving for better renumeration as their incumbents simply cannot match on salary.

Given all the data we have seen so far around the Great Resignation, it’s hardly surprising that HR professionals have said that their top two strategic priorities for 2022 are to attract top talent and retain existing talent*.

But the big question is, how are they going to achieve this?

When it comes to the types of roles that seem to be quitting, reward and renumeration is absolutely paramount, not least because these individuals have transferable skills. However, as we all know, when it comes to the ‘war on talent’ monetary reward alone is not always enough to attract and retain employees. In our post pandemic, hybrid working world, greater flexibility and better wellbeing benefits will also be essential.

Arguably, one of the biggest shifts as a result of the pandemic was the annihilation of the traditional nine to five, desk-based day. In fact, in our survey, 98% of respondents said they would implement a form of hybrid working in 2022. In other words, only 2% of employers said their people must always work from their office, down from 76% who expected the same in 2019. Flexible working is clearly now a given for most organisations, but for those roles (such as those front line and technical roles mentioned above) it can be hard to offer the same degree of flexibility. In these cases, HR will need to think about the flexibility the firm can offer around work patterns instead.

Our data suggests that 50% of HR professionals are already using additional wellbeing benefits in their strategy to attract new talent, 14% are implanting this in the next 12 months and nearly a third (31%) would consider it. On top of this, Covid-19 appears to have triggered a rise in the mental wellbeing benefits that companies offer to their employees too. In fact, we found that, as a direct result of Covid-19, 25% of companies have increased flexibility for their employees by offering additional days off for Covid support, such as home schooling or time to care for others, 20% now offer mental health training and 18% said they have put mental health first aiders on the ground in their workplaces. All of these go some way to help nurture those existing employees and ensure they feel safe in their place of work.

Ultimately though, HR will need to keep in mind that one size does not fit all here when it comes to abating the Great Resignation. They will need to genuinely upskill their understanding of their team’s wants and needs to be able to deliver reward strategies that suit each and every member of their team. Only then will they be able to win ‘hearts and minds’ both inside and out of the organisation.

David Whitfield is co-founder and CEO at HR DataHub. Prior to this, David spent 15 years as a senior HR leader at several of the UK's most well-known corporations, including Post Office, DHL, and Heathrow. David is well-respected as an innovator in the field and is a known advocate of using data to drive...