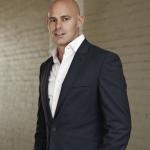 Is your workplace in danger of nepotism?

In concerning news for the UK’s employees, recent research from CV-Library reveals that almost two-thirds of the nation’s workers have experienced nepotism in the workplace. Shockingly, 61.3% of professionals surveyed admitted to either witnessing or falling victim to nepotism at their place of work.

As job hunters continue to operate in a competitive market, the need for professionalism and fairness is higher than ever before; the practice of nepotism must be eradicated from today’s workplaces, and businesses must strive to embrace a fair and open culture.

To fully uncover the presence of nepotism in UK businesses, and how it impacts employees at work, research was conducted amongst over 2,300 of the nation’s workers. Sadly, the data suggests that a staggering 81.4% of professionals believe that nepotism does still exist in the UK, while almost two-thirds have witnessed it taking place first-hand at work.

In a quest to find the root of this appalling workplace behaviour, we asked the nation’s employees to share their stories. Raking in over a third of the votes, it appears that seeing colleagues receive preferential treatment is the most common issue, with 37.4% of respondents naming this as their most common experience of nepotism at work. In second place, with over a quarter (27.9%) of the votes, was witnessing a candidate get a job that they’re not qualified for.

Worse still, on top of seeing their colleagues receive preferential treatment, 22.4% of UK workers have seen their co-workers get away with behaviour that other workers would be reprimanded for, simply highlighting the double standards and favouritism that exists across organisations in the UK.

In a concerning turn of events, 5.3% of those surveyed admitted to benefitting from this behaviour, as they were offered a job through favouritism, while a troubling 2.2% confessed that they’ve been the one to offer a job to someone underqualified, in an act of preferential treatment.

So, what can HR professionals do to appease the situation, and ensure that staff are protected from this behaviour? It’s extremely worrying that nepotism is now trickling through the nation’s workplaces and into the recruitment process, and it’s sad to think that there are talented candidates out there who could be missing out on job opportunities due to favouritism.

The truth is that this behaviour often presents itself in the form of internal hires, as external candidates will be encouraged to apply and even attend the interview, without standing a chance of securing the job. As a result of this process, one suggestion has been to stop interviews altogether; a trend that has taken off in India, where assessments and aptitude tests are favoured over face to face interviews.

But there is scepticism around this approach, and many of the nation’s workers, particularly HR professionals, don’t feel that this is the right idea; CV-Library’s research revealed that 73.3% of HR personnel are against this as a solution. The fact is that banning interviews is unlikely to help resolve internal nepotism, and could actually make the issue worse.

Eradicating nepotism from organisations across the UK is key, and HR professionals will play an important role in this. By ensuring that the company’s hiring process is open and fair, and by implementing procedures whereby employees can voice their concerns or report nepotism without fear is crucial, and is an important step in tackling the issue. Furthermore, making sure that both internal and external candidates are given a fair chance at securing the job is important, and HR professionals must ensure that the workplace remains professional and equal.

Lee Biggins is the founder and managing director of CV-Library, the UK’s leading independent job site. From an early age, he exhibited an entrepreneurial spirit. From selling cold cans of coke to fishermen on hot days, to running his own car washing empire as a teenager, this spirit carried through to the developmental days of CV-Library. Lee’s...