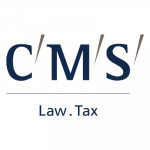 By Anthony Fincham, Head of Employment at CMS

Following the ‘Leave’ vote the security of immigrants in the UK workforce, and the likelihood of effective limits on continuing EU migration, are vexed questions.

Until the UK actually leaves the European Union free movement will continue – but what next?

EU Migrants already in the UK

The position of the 3 million EU migrants already in the UK is unclear.  It is widely anticipated that transitional arrangements will be implemented, allowing individuals to stay in the UK post-Brexit. However this could be limited to those already in the UK by a particular date or for a certain period of time.

Following the strong Remain vote in Scotland, the SNP has mooted the prospect of holding a further independence referendum and Nicola Sturgeon has held talks in Brussels with a view to “protecting Scotland’s position as a member of the EU”.

If Scotland leaves the UK it might become a member state in its own right.  It would then remain subject to the obligations and benefits of free movement (possibly including additional Schengen obligations) and might see an influx of EU migrants as a consequence.

It is also worth noting that the SNP’s white paper on independence (released prior to the 2014 referendum) highlighted that Scotland’s immigration needs are significantly different to the rest of the UK.  If Scotland remains part of the United Kingdom and is part of a PBS immigration system for European migrant workers, it is quite possible that the Scottish Government may push for a number of amendments to the operation of such a system in Scotland.

What can employers do now?

Employers will understandably have concerns regarding the employment of EU citizens following the vote to Leave. However, until the UK’s future relationship with the EU becomes clearer there are limited steps that employers can take to safeguard the immigration position of their EU workers.  Needless to say, employers should be careful that any action taken does not give scope for discrimination claims by such workers on the basis of their nationality, or ethnic or national origins.

It is clear that there is no immediate threat posed by Brexit, as free movement will continue until the UK is no longer a member state. The position in the longer term is uncertain and may be for some time, more especially now that the new Prime Minister has said she does not intend to serve the Article 50 notice this year.

One step that employers may wish to consider is to encourage their EU workers who either do not have a registration certificate, permanent residence card or are not British citizens – but currently meet the relevant criteria – to apply for one of these in order to seek to protect their future position in the UK workforce.

Some workers may have other means of remaining here, for example EU nationals who have lived continuously and lawfully in the UK for at least 6 years are eligible to apply for British Citizenship, and would be well advised to do so.

It is notable that the new Prime Minister, unlike many politicians on either side of the debate, has refused to guarantee that EU migrants working here at the date of the referendum will be able to stay post Brexit, seeing this as a negotiating point not to be conceded now. However, the Cabinet Office has put out a statement, “When we do leave the EU, we fully expect that the legal status of EU member states will be properly protected.”