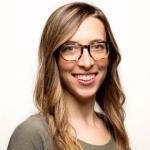 Do Your Employees Know How to Report Misconduct?

Companies are under scrutiny. In the era of #MeToo, BLM, and the COVID-19 pandemic, employees want to know they're being cared for, listened to, taken seriously, given equal treatment, and work in a safe place. This also means that companies are learning how to be more proactive about stopping workplace wrongdoing before it happens, or taking action to remedy the issues that are raised.

But customers, too, want to see that companies are living out their values, and aren't just paying lip service to culture trends simply to win business. And if companies aren't taking care of their people, and issues become public, it could play out in the media, and lead to litigation and lost revenue.

What companies need is for employees to report the wrongdoing they see around them, so that they can have a full picture of their workplace environment. But too often employees don't report for fear of retaliation, or that they think nothing will be done and their report will be ignored. According to the EEOC, 70% of employees who experience harassment never bring it up to leadership, and 75% of those who had raised an issue faced retaliation for it.

Additionally, companies often make it difficult for employees to report, too, through unclear communication and undefined stances. Every leader should be asking, Do my employees truly know how to report wrongdoing when they see it?

According to a new report on the State of Workplace Wrongdoing that looks at 1,000 employees’ experience with reporting issues at work, companies still have a ways to go to ensure issues in the workplace are being surfaced. This includes instances of harassment, discrimination, or bullying, unsafe work conditions, fraud, or even just general workplace feedback. While companies are focusing more on becoming better listeners and providing channels for voicing concerns, some employees are still confused over what to do and where to go.

When it comes to reporting issues at work, do employees know what to do? Does their company even want them reporting wrongdoing? Every workplace should want data on issues that arise so that they can be proactive in creating a safe and positive work environment.

Employees have also seen their reports go unanswered and unaddressed by their company, or be only partially resolved. Or, the culture is such that after an employee has reported, the situation actually became worse for them.

While a fair number of employees do see senior leadership or HR leading the conversation around workplace wrongdoing and reporting, 15% saw the job left to their direct manager — which may mean a more focused approach, but may also mean that senior leadership is delegating the responsibility to teams, and therefore not taking a stance. Additionally, 26% don’t know who at their company is leading the conversation.

If a company really wants instances of wrongdoing reported, they need to be vocal about it. Make sure employees know the company's stance on how they want to create a better, safer culture. This will also increase employee confidence in reporting, if they know they're in a workplace that values it.

Companies also need to let their employees know how to go about reporting wrongdoing, and what resources are available to them. It used to be that having a whistleblower hotline was enough. But technology today has gone past using a phone call to report wrongdoing. The scope of reported instances needs a much more multi-channel, thoughtful approach, which should include anonymous reporting and follow-up.

Additionally, only 56% of employees say their workplace offers resources about wrongdoing and reporting to them. 20% weren't sure if resources were available to them, and a full quarter of employees said no, that their employers did not make those resources available.

This means that not only are employees hesitant to report, but companies are actually making it harder to report by not communicating well enough with their employees about available resources, or being proactive enough with leading messaging and providing information.

Companies Need to Step Up

According to the report, employees are clear about what their company needs to do to encourage reporting.

Employees want a way to report that's truly anonymous, which can help alleviate the fear of retaliation when reporting and give voice to everyone at all levels. They also want a more user-friendly reporting platform — which means they also need to know it exists.

Employees also believe that more encouragement from leadership will help increase reporting as well. It will provide proactive messaging, normalize the conversation in the workplace, and signal to employees that reporting is indeed valued — so that there's no question.

Employees also wanted to see more normalization around reporting throughout the workplace culture, more awareness around how to recognize and define wrongdoing, and have the company commit to not retaliating against those who do report wrongdoing.

It’s not enough to assume employees know what to do or where to go when it comes to reporting issues they’re witnessing or experiencing. This means that companies need to take an active role in planning and cultivating the workplace they want to see.

Claire is the Founder and CEO of AllVoices, a platform that enables anyone to anonymously report sexual harassment and workplace issues directly to company leadership. Before founding AllVoices, Claire served as Vice President of Technology and Innovation at 20th Century Fox. In 2010 she helped found and lead Thorn: Digital Defenders of...