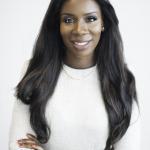 How To Take The Sting Out of The Queen Bee

So why should we care? Queen Bee mischief manifests in ways that can have lasting negative effects on individual careers and entire organizations. Since women have “attained a critical mass in the professional and managerial ranks of a significant percentage of companies, especially financial and services organizations,” management should be particularly concerned about issues of abusive conduct by and toward women (Levin & Mattis, 2006). Hence, Queen Bee Syndrome can be the biggest hindrance to women advancing in the workplace because:

Queen Bees often lack the sponsorship or support necessary to get promoted due to their negative behaviour. Poor leadership negatively impacts organisational performance and profitability.

Queen Bees often prevent other talented up and coming women from advancing in the workplace. Research from the Workplace Bullying Institute has suggested that, as many as 58% of bullies in the workplace are women, and these individuals most often victimize other women.  The study found that Queen Bees choose other females as targets nearly 90% of the time.

In a recent survey I conducted, I found that approximately 70% of the women who participated had been the victim of open workplace bullying or more subtle psychological undermining. The culprit was a female boss, commonly referred to as a Queen Bee. However, a Queen Bee is not always someone more senior than you that’s inflicting this  behaviour. 33% of those surveyed had received similar treatment from a woman on the same level or even below them.

The first step is identifying a Queen Bee. A Queen Bee typical displays some of the following behaviours:

Queen Bee Syndrome can have a negative impact on organisational performance and bottom line results which can include:

●      Improving recruitment efforts due to the supportive environment

Furthermore, organisations should conduct anonymous 360 feedback so that people can raise the issue anonymously. While we may imagine that Queen Bees are all mean, evil people, they are often insecure and unaware of the impact of their behaviour.

In addition companies should implement effective leadership training and coaching that specifically addresses Queen Bee Syndrome to help Queen Bees recognise and change their behaviour. Queen Bee Syndrome is a reality that must be addressed if women are going to make significant advancement in the workplace.

With over 20 years on Wall Street, and one of the small number of women in leadership within Financial Tech today, Cecilia is an advocate for not only women in FinTech, but also for women aspiring to leadership anywhere.

Graduating from the prestigious Wellesley College, which counts Hillary Clinton as one of its alumnae, Cecilia was led...