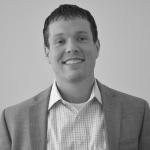 When asked about workplace culture in an article for Recode, Fond CEO Taro Fukuyama stated that “Culture has to be created and worked on all the time.” As workplace culture evolves with the company, how is it possible to measure such an ephemeral concept?

While there is not silver bullet answer—each company needs to develop and maintain its own respective culture in their own way—here are a few steps that companies can take to get started.

The first step to implementing an efficient workplace culture is to define it. Defining the culture is a process that can be both simple and complex depending on the company, the industry, and several other factors.

According to an article on Entrepreneur.com, “Culture is the set of behaviors that determine how things get done in a company.” This culture should reflect its workplace, and it should be as unique as it as well. For example, the workplace culture of a corner deli will not work in a law office, and vice versa.

Once a company accurately defines its culture, its goal should be to invest in having its employees understand and adopt that culture. An employee’s successful integration into a company culture lets them see their individual role in the company’s big picture.

Once a company culture has been defined, disseminated, and adopted, the next step is measuring how it performs. That means finding right metrics that will give an accurate picture of that culture’s health, performance, and employee benefit.

Not all metrics have equal value, and not all measurement techniques measure up. Having employees complete a job satisfaction survey, for example, isn’t going to yield the best results. According to an article published on Business Finance, the obvious flaw in this metric is that the results of such a survey wouldn’t be reliable because employees would be worried about management retaliation if they stated anything negative about their job.

In contrast, Forbes.com suggests measuring employee satisfaction with workplace environment through the number of employee referrals. Because, “employees refer their friends to work when they like the environment.”

The best metrics that paint the most realistic view of the status of the workplace culture will often seem indirect with the aspect of the culture being measured. Another example might include the volume of employees utilizing the company gym regarding Wellness.

Not all metrics work out when measuring the aspects of workplace culture. The trick is recognizing when one of them is not effective, and taking the time to rework it. Sabrina Son, managing editor of TINYpulse worked with Columbia University to conclude that, “If you want to have a thriving organizational culture, all you have to do is ask yourself the right questions.”

These questions are likely going to vary depending on the company’s goals and industry, but taking the time to brainstorm ways to make improvements to workplace culture and setting realistic goals can ensure a viable workplace culture.

With a quantifiable and viable workplace culture in place the returns will come in many ways. According to Monster.com these returns can include an increase in productive atmosphere, a deeper commitment to excellence, and a stronger sense tendency to cooperation within the company to name a few. In the end, the benefits of it will prove worth the process.

Blake Beus is a Director of Learning Solutions with extensive experience in healthcare and financial services.  What Blake enjoys most about his role at Allen is helping organizations implement initiatives that have a real impact on the business.