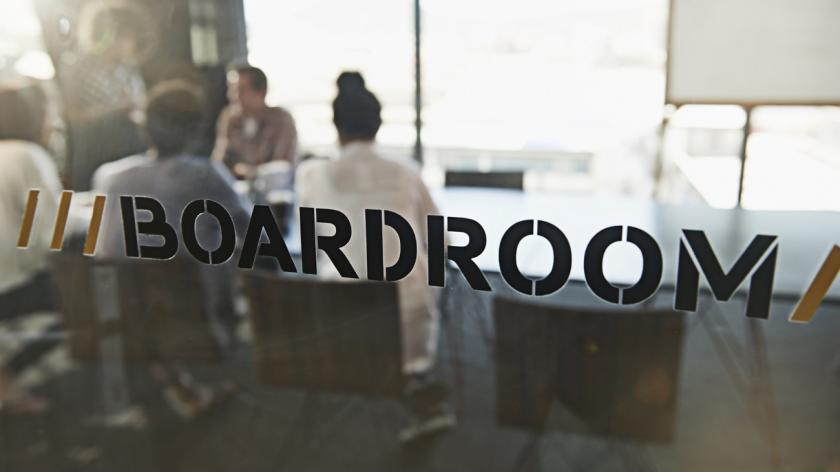 What exactly is wrong with Boards?

I remember the first time I walked in to a board meeting mainly because of the food.

Forget the plastic-wrapped packets of bourbon biscuits and custard creams I’d been used to. No. This was the life.

Of course, that was before the recession. The dipping sauces and their accompanied things-on-sticks were the first to go. They are back now but the platters are noticeably smaller and the donuts have been replaced with a fruit bowl.

Not only did I find the food rather intimidating at first but I found the meetings themselves intimidating. Everyone was talking about spreadsheets and reports and projections. It was all Greek to me.

But, along with the canapés, my confusion about what was really going on started to disappear.

Because the first time you see all the charts and graphs you may believe that this is the important stuff.

These 8 or 10 people are getting to the heart of the matter and the fact that it is confusing me demonstrates that these people are better than me. They get it and I don’t.

But after you’ve been to 4 or 5 meetings and seen the same data presented only things are a bit worse, or a bit better, and the target needs to be increased or decreased, and the costs are going up or going down and we’re on budget or not on budget you realize something.

This is not the right conversation.

Don’t get me wrong. Businesses have to manage their finances. They need to have an idea about where the money is coming from and what resources they will need over the next year. And they need to know how they are doing in relation to that. They have legal responsibilities, if nothing else, to ensure the business is solvent and has a future.

But surely that’s the very least that the supreme decision-making body in the business should be concerned with?

I’ve come to believe that boards – and I may as well include any senior leadership team in this rant too - need an overhaul. And here’s why.

There are plenty of tensions on show in top teams.

But that’s different to a healthy argument. In fact, it seems to me that most topics are on the agenda with the express purpose of avoiding conflict. The bulk of the time is wasted on imparting facts leaving none for debate, enquiry or deeper insights. How convenient.

But surely the board table should be where fundamental principles are debated and agreed. If not here, where? And if the decision about what to do next is simple, why is it in front of the board in the first place? Surely this is where the decisions that aren’t simple should be made?

Board members need to stop seeing their role as carriers of information - updating each other on the mechanics of the business and day-to-day matters. Instead their primary role is to wrangle with the tough choices, the choices that determine what kind of business they are going to be.

Being on the board isn’t a reward for years of hard work, it’s where you and your bravery are tested more than at any other time in your career.

At a recent board meeting, the HR Director brought up the topic of bonuses.

She wanted agreement from her board colleagues about whether there would or would not be a bonus this year. Of course, the conversation she really wanted to have was about what the company stood for when it came to how they treated their people and whether bonuses were the right tool in the 21st century for a business that was all about quality and relationships.

But she had 15 minutes on the agenda. The topic of bonuses was always scheduled for this meeting at this time of year.

The decision yay or nay had to be made fast because it was too late in the year to re-think the whole approach to reward anyway. And, at any other time in the year, no one wanted to discuss a topic that wasn’t urgent.

So, year after year, the company continued with a bonus system when there was no evidence of any return on investment, no discussion about a more impactful alternative and no agreement about the fundamental principle – what kind of business do we want and need to be?

The wrong people are in the meeting

Who says boards should be exclusive? Sometimes boards will see presentations from the lower echelons of the business but typically it’s the same 8 or 10 people sitting around talking about topics that people outside of the meeting know far more about. What if the board was a relatively fluid construct that pulled the right people in when they could add valuable insight and opinion and where seniority had little significance?

The boardroom has always been the ultimate show of superiority – the big chairs and the massive table, the special coffee and biscuits…it’s a room that most people in the company will never enter.

But boards need to think about how they get clever, how they agree what to do when the challenges are complex and the solutions need to be sophisticated. The members-only environment might be cosy but it is outdated and inhibits the creativity of the organization.

I’m regularly told that a board is not a team. At best they tell me that they trust each other to look after their own area and wouldn’t want to “meddle” by asking a question or getting agitated about some topic that lay in someone else’s remit.

At worst, they have no interest or understanding of HR or Finance or Ops and believe that there are very few issues that cut across all the members of the board. This is why, while Jake from IT is running through his 74 slides, Matt from Sales is happily answering emails about the latest deal. It’s a more productive use of his time, right?

Really? So, making decisions about the kind of business you want to be, making judgment calls about the right thing to do, understanding and taking a position about how to address the threats to the business, being aligned and consistent in your messages, thrashing out the big decisions together…these aren’t responsibilities you share regardless of whether you manage Sales or Ops or Finance?

The problem is that the scope of the board is at once too narrow and too broad. It’s too narrow in that so many topics never make it to the table in favour of the monthly reporting and data analysis. And it’s too broad in that the true remit of the team is not defined and articulated. Members are too deeply involved in management of everything and not able to step back and view the business as a whole system.

When you manage it matters that you have expertise in Finance or HR or Sales. But when you lead, your technical expertise is secondary to your commercial and strategic nous.

Everyone around that table should have a view about everything in front of them. Because everything in front of them should be the stuff that determines the direction of the business, the principles of the business and the environment that creates results. And that’s what gives that group of people – that team, dare I say it – a unifying sense of purpose.

Board meetings should matter. They should make a splash. And if yours isn’t, maybe it’s time to ask some tough questions.