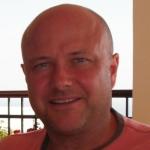 Christmas. Still over six weeks away and not something many of us want to think about so soon after halloween and fireworks night. But as more shops and supermarkets get their festive goods, it’s a big reminder that the end of the year will soon be upon us.

It may not quite be time to start sending Christmas cards, it’s important that employers who want to recognise their staff's hard work start planning now.

It’s true, many employees say they don’t expect reward or recognition at Christmas. However, organisations who invest time and effort in showing their appreciation for the small things their people do through the year, are the ones who understand how a small thanks can make a big difference to the way people view their workplace.

End-of-year recognition is an easy thing to get right – but it’s equally as easy to get wrong. Let’s take a look at the mistakes that we see organisations continue to make every year, and how to get around them.

The most common mistake is thinking that recognition must come with reward and consequently a big budget. This isn’t the case. In most instances, saying thank you costs nothing and it’s this simple act of appreciation which matters most to employees. In the run up to the end of year, every manager or leader should have time marked out in their diaries to properly express this feeling to their teams.

Timing is crucial in these situations, which leads us to the second biggest mistake - leaving it until the last minute.

The last few months of the year are often the busiest, with most focused on the hard work of hitting end-of-year targets. Understandably, this leaves little time to think and plan effective year-end recognition. Therefore the time to start is now, when there is relatively less pressure and more space in the diary.

It’s the thought that counts

This will help avoid a third pitfall - doing things in a rush and / or simply doing the same thing as last year. Your people will recognise when you have gone out of your way to do something different and see it as a genuine mark of thanks.

Again, this isn’t about money spent but creatively thinking how to celebrate the contributions of individuals and teams. Now is a good time to take informal soundings from your colleagues or look at what other businesses do by way of appreciation and put together a plan.

Many organisations will give their employee’s rewards as part of their end-of-year thanks. There’s nothing wrong with that, provided it’s a reward that people want. Chocolate, wine and hampers may have been the gifts of choice in the past - but in our world of personalisation and customisation, employees crave choice.

Research shows that vouchers – physical or e-vouchers – do the best job of underpinning a message of recognition. That’s partly because they don’t get lost in the bank account like cash but also because they are reminded of your thanks when they receive the gift, when they tell people about it and when they redeem it.

If there’s one take-away from all the organisations we have worked with, it’s that it’s never too early to plan. So, if there’s one thing you do after reading this, make sure to carve out some time in your diary to think through what you will do this year-end.

Andy Philpott is sales and marketing director at Edenred. You can get more  advice on how to plan your end-of-year recognition, by downloading our eBook here.